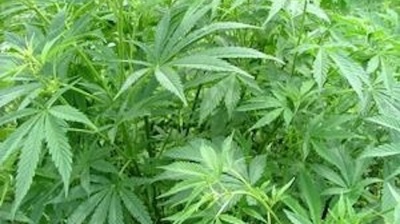 Warsaw-based PharmaCann Polska is one step closer to being able to offer its medical cannabis extracts, produced at its North Macedonia plant, in Germany and Poland.

This is possible after the company became the first company to obtain EU-Good Manufacturing Practice (GMP) certification to produce medical cannabis extracts at its facility in North Macedonia.

Medical cannabis products were legalised in Macedonia by the former VMRO-DPMNE government in 2016. Unlike in most EU countries, production has not been carried out by a state monopoly, which has resulted in a high level of interest in North Macedonia as a potential production base for numerous companies, both local and international.

After being placed on the market, Macedonian products, just like Columbian ones, are expected to create price pressure due to lower production costs, specialised news provider Marijuana Business Daily reported on September 10.

PharmaCann Polska's CEO Zlatko Keskovski told Marijuana Business Daily that the company expects to start selling directly to pharmacies using its own distribution asset in Germany by the end of September while sales in Poland are expected by November.

In Poland only a few flower varieties have been registered by Canadian producers Aurora Cannabis and Canopy Growth.

The Macedonian company has already shipped small quantities of product to Australia, Brazil, Croatia, Slovenia, South Africa and the UK, according to Keskovski.

Macedonian cannabis producers cannot export flower, but the situation is expected to change soon. For this purpose, PharmaCann is finalising a project involving a bigger facility in another location in North Macedonia.

Dozens of cannabis production licenses have been issued in North Macedonia, but many of them are not fully operational.

Law and Justice (PiS), the leader of Poland’s government coalition of the United Right, announced changes to animal rights regulations on September 8, including a ban on fur production. ... more