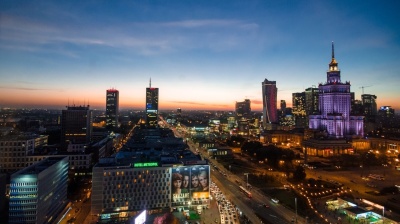 Poland is entering 2020 with most economic and political uncertainty since, well, 2019. The new year is shaping up to be at least as tumultuous as the old one, or, in fact, each one since 2015, when the incumbent right-wing nationalist populists from Law and Justice (PiS) won their first term in power. They repeated the feat in October 2019.

PiS has presided over a period of impressive growth. GDP jumped 5.2% in 2018, the fastest since 2007. For that, the ruling party took all the credit, attributing — not without some merit — the rapid expansion to increasing government expenditure, including the flagship “500+” programme of nearly universal payments for all underage Poles.

But growth began slowing down in 2019. The current consensus is that it will still reach around 4%, an impressive performance second only to Hungary in the whole swath of emerging economies of Central, Eastern, and Southeast Europe. Still, that is around a full 1pp below 2018.

For 2020, the outlook is of a further reduction in economic expansion to just over 3%. That will bring inevitable questions about budget balance, debt, changes in tax policy, and choices as to which of the many ailing sectors critical to development — such as education, health care, or energy — will remain properly funded. Those choices could also determine the future of PiS ahead of the 2023 general election.

Of course, the resilience of Poland’s economy cannot be underestimated. For months on end, the Polish industrial sector, for example, has been defying predictions it will succumb to the slowdown in Germany, Poland’s most important trade partner.

But the spillover from the struggling external environment will most likely take at least some toll on Polish activity in 2020.

Economic risks will be much more intertwined with political ones in 2020, the year of the presidential election. While Polish presidents do not hold as much power as their French or US counterparts, they are, constitutionally, more powerful than most heads of state in the region. On top of that, the intensifying partisanship of Polish politics creates space for the president to carve out a bigger role than one would assume from reading the Polish constitution.

PiS will throw everything at ensuring the reelection of incumbent Andrzej Duda or risk its legislation machine grinding to a halt. The ruling party does not have a majority to overturn a presidential veto and, should an opposition candidate win, he or she is all but certain to block PiS’ governing programme, not least in retaliation for years of the opposition being pummelled by the ruling party at every opportunity.

On the EU front, PiS will remain at odds with Brussels over a number of issues with the ongoing tussle about the so-called judiciary reform — a subjugation of the courts to political control in fact — the most important. There will also be heated disputes between Warsaw, the EU, and prominent member states like France over the bloc’s climate policy, the 2050 ambition of climate neutrality in particular.

This is an excerpt from bne IntelliNews’ Poland OUTLOOK 2020. The full version will be available in pdf format in the coming days.

Amid war, Armenians closely watching the signals from Russia
2 days ago
TURKEY INSIGHT: Hospital building consortium latest creditor to go for a high stakes restructuring
5 days ago
Poland, Russia heading for long-running legal dispute over Nord Stream 2
6 days ago
CEE-4 growth pulls ahead of the rest of Europe
10 days ago
Kyrgyzstan is no Belarus: country's third revolution may hide age-old tribalistic power struggle
10 days ago