The range of outcomes following Russia’s invasion of Ukraine is impossibly large, but the oil markets are currently pricing in a short war, with oil prices returning to normal by the end of this year.

Hope for a quick solution currently rests on the ongoing Russo-Ukraine peace talks happening this week by video. Comments from the meetings by the Ukrainian side have expressed cautious optimism, as real progress appears to have been made. However, while Ukrainian President Volodymyr Zelenskiy has already conceded to the Kremlin’s main demand and said it is prepared to give up its Nato aspirations and become neutral, the status of Crimea and the two Donetsk and Luhansk regions remains a sticking point.

Until the impasse is resolved there are multiple possibilities, a few of which were outlined by Robin Brooks, managing director and chief economists with the Institute of International Finance (IIF) in a recent note.

Peace talks succeed and a rapid cessation of hostilities is achieved;

Peace talks are a ruse to buy Russia more time to consolidate and re-equip as the campaign continues;

the conflict is drawn out, especially given that Ukraine has successfully defended some of its major cities;

a near-term escalation of the conflict draws Nato into a wider war in Europe;

Russia continues to escalate and attempts to take Kyiv resulting in a massive increase in death and destruction.

“The range of outcomes and scale of unknowns contrasts with markets, which price a rapid end to the fighting. This is most obvious looking at oil futures, which put oil back near pre-war levels by end-2022,” said Brooks. “A drawn-out war could see oil futures jump higher, which would cause markets to price more central bank hikes and send equity markets lower. Market pricing of a short war is therefore currently a vulnerability in global markets.”

The US has already banned the import of Russian oil but as bne IntelliNews reported, the volumes involved are so small that this disruption will make little difference to either the price of oil or the revenues that Russia earns, as that oil can be easily redirected to other markets.

More serious for Russia is the mere threat of energy export bans has hit Russia’s oil trade and made it increasingly difficult to export oil; the threat of sanctions has become almost as effective as the imposition of sanctions themselves, as doing business with Russia has once again become “like eating toxic nuclear waste”. Russian oil companies are finding it difficult to get the letters of credit (L/cs) from banks that underpin global trade and inventories of undelivered Russian oil are piling up, according to reports.

“The oil market is in many ways the epicentre of the conflict, given that self-sanctioning is disrupting the flow of Russian oil to the West, which has driven oil prices up sharply,” says Brooks. “What is notable is that futures price rapid normalisation, with Brent priced near pre-war levels by end-2022. This market pricing embeds the assumption that the war will end quickly, which may be wrong for any number of reasons.”

Brooks speculates as many have done that the peace talks are simply a ruse to buy time. However, as bne IntelliNews speculated in an opinion piece, Russia is playing a “game of chicken” where the Kremlin is going step by step and quickly pausing as it enters each new round to hold peace talks so that Russian President Vladimir Putin can get his deal, outlined in the Russian Foreign Ministry’s December eight-point list of demands.

In the third round that started after Russia attacked Ukraine on February 24, the Kremlin was very fast to offer peace talks only a few days later on February 27. Those talks held on the Ukraine-Belarus border failed and the conflict went into a fourth phase, where major cities like Mariupol and Kharkiv came under heavy bombardment. However, the increased scale of destruction and rising death toll seemed to have had the required effect and resulted in the current round of talks.

The danger is if no compromise can be found over the outstanding issues then the conflict will almost certainly go into a fifth phase that very likely includes the destruction of Kyiv, which will result in the death toll going up by an order of magnitude and the conflict’s duration extended.

At the same time, key industrial assets are now being targeted that would seriously degrade Ukraine’s economy and make it impossible for the country to quickly recover. It was reported that the huge Azovstal steelworks, the biggest in the country, was targeted and badly damaged over the weekend.

Another cause of significantly extending the conflict is if Nato gets sucked in. Russia has already started to hit military bases in the west of the country near Lviv, where Nato has been delivering its arms support, and Russian Deputy Foreign Minister Sergei Ryabkov warned that these deliveries were “legitimate military targets” and even suggested that Russia may shoot down the Nato transports even before they entered Ukrainian airspace. 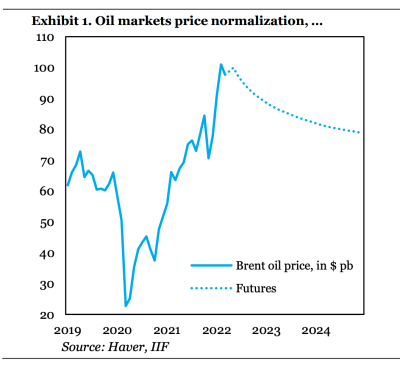