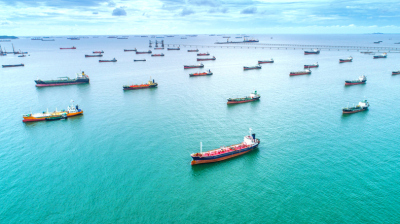 The oil price cap scheme was always going to be hard to enforce, but it has fallen at a fence well before it got to that point. / bne IntelliNews
By bne IntelliNews November 29, 2022

EU negotiators ended talks on capping Russian oil prices on November 25 without coming to a hoped-for agreement, as Poland and the Baltic States opposed a proposal that they felt would have left Moscow with too much revenue from its crude exports. Negotiations had been extended to November 28, but again, no deal was reached.

The clock is ticking, as Brussels is hoping to adopt the policy, which would also be implemented by G7 members, before the EU’s embargo on most Russian oil imports comes into force on December 5. The European Commission is pursuing a cap of somewhere between $65-70 per barrel. This price cap is roughly in line with the price that Russia’s Urals blend is currently trading at, leading Poland and the Baltic States to claim that the proposal is too generous to Russia.

However, analysts have noted that Brussels may be seeking to get the legislation in place first, and reduce the cap at a later point. By introducing a cap straight away that is too low, the fear is that this could result in an oil price spike and market disruption.

Nevertheless, Poland wants additional sanctions to be imposed, and the introduction of a review mechanism and a price below the market level, Bloomberg reported on November 27. Warsaw has said before that it wants the cap to be set as low as $30 per barrel.

“If you put the price cap too high, it doesn’t really bite,” European Commission Vice President Valdis Dombrovskis told the news agency. “Oil is the biggest source of revenue for the Russian budget, so it’s very important to get this right so it really has an impact on Russia’s ability to finance this war.”

On the other side of the debate, Cyprus, Greece and Malta, which have large shipping industries, think that the cap is too low, and they are also demanding compensation for the loss of business, or more time to implement the plan.

Oil export revenues have provided a windfall for Russia since it began its invasion of Ukraine in late February, helping to stabilise its economy even in the face of unprecedented sanctions and international isolation.

The idea of the cap is to prevent shipping, insurance and reinsurance companies from handling shipments of Russian oil around the globe, unless it is sold at a price that is the same or lower than the cap. The rationale for its effectiveness is that the world’s key shipping and insurance firms are based in G7 countries. But there are fears that this could lead to significant market disruption.

Unlike soaring gas prices, global oil prices are now trading at a level that is fairly comfortable for consumers, of around $80-85 per barrel, having fallen substantially over recent months, while Urals is selling at a $20-25 per barrel discount because of sanctions and reduced demand for Russian products. The fear is that a price cap could reverse this downward trend. JPMorgan has warned that oil prices could hit a “stratospheric” $380 per barrel if Russia retaliated to the price cap by cutting production by 5mn barrels per day. A reduction of 3mn bpd could raise Brent to $190 per barrel.

Brussels’ thinking, therefore, is to ultimately set a price that would deprive Moscow of revenues to finance its war in Ukraine, but at the same time, give Russia sufficient incentive to continue pumping crude. The argument in favour of introducing a cap closer to Russia’s marginal cost of production, as Poland and others have called for, is that Russia would still have enough incentive to continue exporting, as the alternative would be the costly shut-in of production at home and the permanent loss of strategic markets abroad, potentially causing irrevocable damage to its oil industry. However, this assumes that the Kremlin’s response will be rational. Moscow could well be willing to hurt its own interests significantly, in order to put pressure on the West to rescind the policy and make other concessions. Much of Russia’s strategy in the Ukrainian crisis so far has followed this way of thinking.