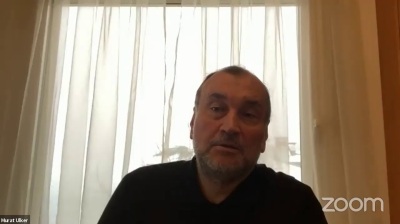 Murat Ulker is still top of the pile.
By Akin Nazli in Belgrade April 7, 2021

On the international ranking of billionaires, Ulker slipped to 421st in 2021 from 414th in 2020. Since 2018, Yildiz Holding has restructured its debts several times. A giant food company, its businesses include Godiva Chocolatier, Pladis Global and SOK.

Altogether, 26 Turks are present on the 2021 ranking. Erman Ilicak, owner of contractor Ronesans, remains the second richest Turk in the table of billionaires.

Ilicak is linked to both Turkish President Recep Tayyip Erdogan and his Russian counterpart Vladimir Putin as he is a self-made billionaire thanks to state-awarded contracts he gained in Turkey and Russia.

The early Republic of Turkey-made bourgeois Sahenk, Koc and Eczacibasi families also feature on the Forbes list. The Sahenks’ Dogus Holding has also been restructuring its already restructured debts.

Erdogan-associated contractors Limak, Calik and Mapa are also present in the ranking.