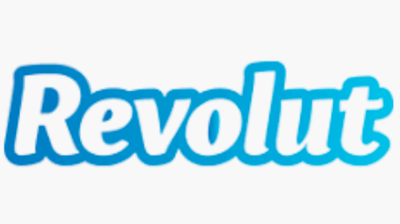 London-based fintech company Revolut has obtained a European banking licence from the Bank of Lithuania that will allow it to operate across the European Union.

The company, which started out offering a prepaid card service for foreign currency payments, will now be able to offer banking services such as current accounts, loans and overdrafts.

A Revolut spokesperson told Bloomberg that the company chose Lithuania both because of the “incredibly fintech friendly” regulatory environment — Vilnius has been seeking to position the country as a European fintech hub — and because it has 150,000 customers, around 7% of its total customers, in the small Baltic country.

Revolut Technologies UAB has been granted a specialised bank licence by the European Central Bank, while the board of the Bank of Lithuania issued Revolut Payments UAB an electronic money institution licence, the Lithuania central bank said in a statement. Both companies are part of Revolut Ltd.

“Development of an environment conducive to competition and innovation in the field of finance is one of our strategic goals. We aim to ensure that Lithuania’s financial sector provides quality services for consumers as well as creates a favourable ecosystem for business development,” said Marius Jurgilas, member of the board of the Bank of Lithuania.

With Brexit looming in 2019, the Financial Times reports that Revolut is also planning to apply for a UK banking licence to ensure it can continue to operate both in its home market and in EU countries.

“Today, we're incredibly excited to announce that our application for a European banking licence has been approved by the European Central Bank. As you can imagine, this is a pretty huge milestone for us,” Revolut said on December 13.

“This licence will help us towards our goal to build an account where you can manage every aspect of your financial life, with the best value and using the best available technologies.”

Revolut is the first London-based fintech company to be issued a European banking license, according to Bloomberg. However, it follows companies such as Sweden’s Klarna Holding AB and German N26, which have taken a similar step to transition from payments services providers to fully fledged banks.

A blog post from Revolut outlines the impact of the company’s gaining its banking licence. For example, Revolut will be able to offer users overdraft facilities and personal loans, and enable them to set up direct debit payments. Deposits in Revolut current accounts will be protected up to €100,000 under the European Deposit Insurance Scheme (EDIS).

The company also says it is “making solid progress” in building its in-house payment processor, and “will look to have this in place as we begin to launch Revolut Bank. This should drastically eliminate any service disruption as we scale to tens of millions of customers.”

According to the company, Revolut will “start by testing the new licence in Lithuania next year and once we're happy that everything is running smoothly, we'll look to expand into other European markets later in the year.”

Revolut has achieved stellar growth since its launch just three years ago, racking up over 3mn customers so far.

Its banking style app tied to a debit card makes it possible for users to make payments in 150 currencies worldwide at a real-time exchange rates, without having to pay any fees. It’s also possible to make foreign exchange transfers and other transactions.

One Revolut client in Romania talks of the ease of using the app to withdraw cash, exchange currency and make payments and transfers, all from a mobile phone. Transfers are instant and exchange rates better than those offered by banks, to the extent that local banks are reportedly getting nervous about the competition from Revolut and other fintech services.

Revolut’s founder and CEO, Russian-born entrepreneur Nikolay Storonsky worked as an equity derivatives trader at Lehman Brothers and Credit Suisse before branching out to set up the company alongside Vlad Yatsenko, who also has a background in the banking sector, as a former developer at Credit Suisse and Deutsche Bank.

They have secured several rounds of venture capital founding, raising $250mn in a funding round led by DST Global, which invested alongside several new and existing backers including Index Ventures and Ribbit Capital in April. That saw the company valued at around $1.7bn.

Storonsky has big plans for the future development of Revolut, saying in media interviews he wants to turn it into the “Amazon of banking” and “one of the largest financial services companies in the world”.

In total, Revolut is targeting 100mn customers within the next five years. In addition to the European market, there are also plans for wider international expansion, as in 2018 Revolut secured licences to provide services in both Japan and Singapore, countries it reportedly plans to launch in during the first quarter of next year. Storonsky has also said he hopes to enter the North American market next year.