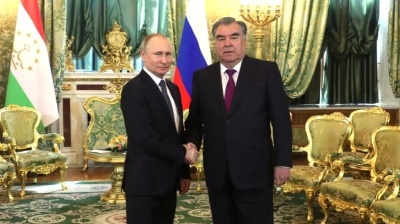 Kyrgyzstan’s President Sadyr Japarov is reportedly skipping a Commonwealth of Independent States (CIS) summit in St Petersburg that will include a celebration of Russian leader Vladimir Putin’s 70th birthday because of popular anger at home over Tajikistan’s mid-September “invasion” of Kyrgyz territory.

Putin, born October 7, 1952, and Tajik President Emomali Rahmon, born October 5 in the same year, will in fact share some birthday celebrations during the occasion—something that could firm the suspicions of some Central Asia watchers that if Moscow nowadays favours either country in the longrunning land disputes between Kyrgyzstan and Tajikistan, it is the latter. 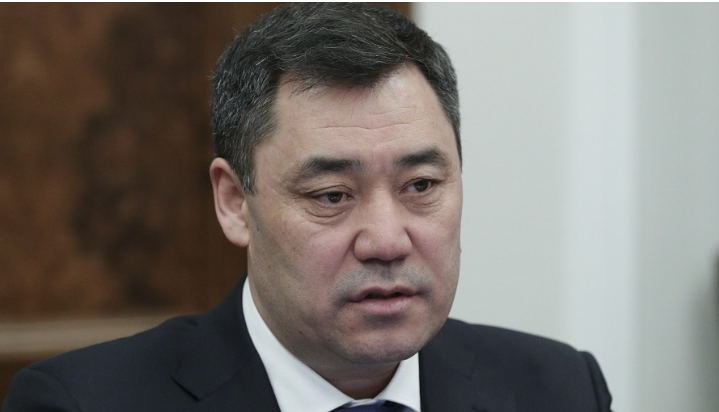 A source close to Japarov’s administration was cited by the English news service of Kyrgyzstan’s AKIPress on October 6 as saying: "Kyrgyz people will never forget that at the order of Emomali Rahmon Tajik military twice intruded into Kyrgyzstan, killed civilians, destroyed houses, burnt public buildings, social facilities and infrastructure.

“Inadequate actions of Emomali Rahmon led to cruel murder of 63 Kyrgyz citizens. Around 200 were wounded and more than 140,000 citizens were evacuated. The damage exceeded $60mn.”

At the summit, Putin will also award Rahmon with Russia’s Order of Merit for ensuring regional stability and security. That might also not go down too well with the Kyrgyzstani people.

AKIPress also quoted its source as saying: "Kyrgyzstan highly values a high level of relations and strategic partnership with Russia. The President sent a special delegation led by the State Secretary to congratulate President Vladimir Putin on his 70th anniversary."

The armed confrontation between Tajikistan and Kyrgyzstan just short of a month ago was notable for how far into Kyrgyzstan, Tajik forces pushed. The combined death toll looking at both sides was in excess of a hundred, including civilians and military.

Since the collapse of the Soviet Union in 1991, the independent Tajik and Kyrgyz states have periodically entered into armed exchanges over border disputes related to lands that were poorly demarcated during Soviet times. The latest confrontation, however, was so extensive that some analysts said it amounted to a several-day war.

Both Tajikistan and Kyrgyzstan are members of the Kremlin-led Collective Security Treaty Organisation (CSTO) military bloc. Like Armenia—also a CSTO member—which suffered a severe Azerbaijani military attack in August, Kyrgyzstan is assessing whether the security guarantee provided to Central Asia by Russia and the CSTO has been substantially compromised by the fact that Russia has its hands full attempting to turn the course of its war in Ukraine in its favour.