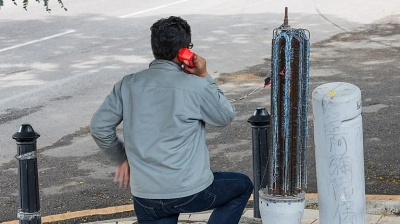 An opposition politician in Kyrgyzstan has complained that police wiretapping of dozens of activists and opposition figures is tantamount to persecution for holding dissident views.

Klara Sooronkulova, a leader of the liberal-leaning Reforma party, said on August 30 that the surveillance appears to have primarily targeted individuals critical of the current government.

“Most of the people on the list have adopted an active civic position, they boldly and openly express their opinion and criticise current state policies. Wiretapping in order to collect information about the private life of these citizens is nothing more than persecution for dissent,” she said.

The Interior Ministry responded by saying that any wiretapping it had done was carried out with approval from the courts as part of an investigation into the political turmoil that rocked the country in October.

“In order to establish the involvement of individuals in the commission of criminal acts, and to document possible ties between them and suspects now under investigation … an order was approved by the Pervomaisky district court in Bishkek [for surveillance] of telephone connections between January 6 and February 10,” the Interior Ministry said in its statement.

Sooronkulova has noted, however, that the list of names on the court order cannot reasonably be said to be focused only on events in October. They include constitutional law expert Saniya Toktogaziyeva, lawyer Nurbek Toktokunov, who represented the late imprisoned ethnic Uzbek rights activist Azimjan Askarov, and another lawyer Tattybubu Ergeshbayeva. What those three people have in common is that they have criticized constitutional amendments adopted earlier this year that gave President Sadyr Japarov sweeping new powers.

Others on the list include members of parliament Dastan Bekeshev and Kanybek Imanaliyev, a leader of the Social Democratic Party, Temirlan Sultanbekov, opposition politician Ravshan Jeenbekov, and former presidential candidates Kursan Asanov and Abdil Segizbayev. All have been critical of Japarov’s rule.

Urmat Janybayev, an activist whose name was also on the list, called the wiretaps an illogical exercise in lawlessness, since it was by means of those very events in October that Japarov came to power in the first place.

“Thirty years of independence, three revolutions, dozens of dead, thousands of people wounded. And all so we could revert to the times of Stalinist repressions?” he wrote on Facebook.

Sooronkulova and other objects of the bugging campaign are demanding that the Interior Minister and the Prosecutor General tender their resignations, and that the chairman of the Pervomaisky district court face a sanction for approving the order in the first place.

None of that looks remotely likely to happen.

The authorities are playing it cool for the time being. When quizzed on the matter by journalists on August 31, the head of the State Committee for National Security, Kamchybek Tashiyev, shrugged it off, saying that he could hardly be expected to comment on Independence Day.

The Interior Ministry has form in this area. In the wake of an earlier season of unrest, in 2019, when a former president squared off against his successor with deadly results, the police placed around 1,500 people under telephone surveillance. Many of them included journalists.