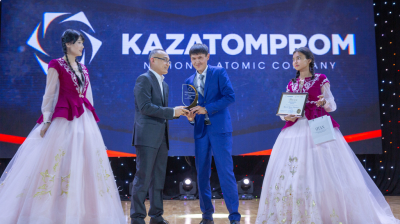 A 15% stake in Kazakhstan’s Kazatomprom, the world’s largest uranium producer, was on November 13 sold in a dual-listing offering on the London Stock Exchange (LSE) and the new Astana International Exchange (AIX) that valued the company at $3bn.

The listing valuation was at the bottom of the state-owned company’s pricing range— Kazatomprom’s officially announced pricing range of $11.60-$15.40 per global depository receipt listed in London implied its market capitalisation would stand at $3bn-$4bn. Kazakh sovereign wealth fund Samruk-Kazyna said the offer was 70%-oversubscribed and Kazakh investors purchased 47.5% of the offered stock.

The listing marks the first initial public offering (IPO) made by a Kazakh company in over a decade. The first Kazakh company to list in London was copper miner Kaz Minerals in 2005. The Kazatomprom IPO will be seen as a pilot exercise ahead of more IPOs to be made by state-owned Kazakh companies.

KazMunaiGas next up
The next company preparing to float is state-run oil and gas company KazMunaiGas. It is hoping to raise $6.5bn from its offering, which would value the whole company at $25bn-$26bn. The oil and gas producer is planning to sell 20%-25% of its shares. Other companies working on plans for upcoming international listings include national carrier Air Astana and near-monopolist of Kazakhstan’s telecoms market Kazakhtelecom.

Kazatomprom also noted that Samruk-Kazyna, which will continue to own the rest of the company’s shares, would raise between $400.8mn-$451.3mn from the sale, contingent on whether the over-allotment option was exercised. Samruk-Kazyna added that a total of 49 foreign and 16 Kazakh institutional investors have bought Kazatomprom stock, as well as 2,700 Kazakh retail investors.

Uranium has been one of the best performing commodities of 2018. It rose nearly 40% after hitting lows in April and gained to its highest level since March 2016 on November 2 at $28.75 per pound.

The listing of Kazatomprom on the LSE demonstrates Kazakhstan’s commitment to finally making the long talked about IPOs of state companies happen after numerous delays in recent years.

Each company scheduled for an IPO is set to go through a dual listing, as the recently launched AIX hopes to draw liquidity to succeed in creating a fully functioning stock market in Kazakhstan. The country’s first stock exchange, the Kazakhstan Stock Exchange (KASE) in Almaty, has failed to make the grade due to a lack of liquidity stemming partially from barriers to entry for foreign investors. The AIX is 25.1%-owned by the Shanghai Stock Exchange. US investment bank and financial services firm Goldman Sachs recently bought a 4.1% stake in the Astana bourse.

NEMETHY: Is bitcoin the new gold?