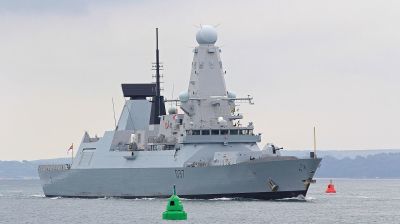 British officials said on August 5 that the UK is to join the US in a naval mission in the Gulf to escort oil tankers at risk of seizure from Iran.

In doing so, the British will drop plans they proposed in the dying days of the Theresa May government to form a European-led mission. The announcement will feed suspicions in Iran that the UK, desperate for allies and markets as it moves towards a potentially wrenching Brexit in the late autumn, will bend over backwards to keep Donald Trump sweet.

Iran has accused the US of engaging in “economic war” and “economic terrorism” against its people by using swingeing sanctions to try to force Tehran to the table to make big concessions on its nuclear and ballistic missile programmes and support of militias in the Middle East who are variously enemies of Israel and Arab allies of the US including Saudi Arabia and the UAE. The Iranian foreign minister, Mohammad Javad Zarif, warned Britain that acting in concert with the Trump administration would bring about a response from Tehran. “Britain is an accomplice in US economic terrorism, and this complicity will definitely bring about consequences for them,” he said.

Berlin wants diplomacy
The Trump administration last week suffered a setback in its plans for the naval mission when Germany made it plain that it would not participate. Berlin said that instead there should be a concentration on diplomatic efforts to resolve the standoff between Tehran and Washington.

The UK’s Boris Johnson government said two Royal Navy ships already in the Gulf would collaborate with two US warships. UK officials called on other countries to join in the mission.

Dominic Raab, the UK’s new foreign secretary, said: “Our aim is to build the broadest international support to uphold freedom of navigation in the region, as protected under international law.”

Germany’s foreign minister, Heiko Maas, on August 5 repeated that his country would not join in a US-led operation, saying: “At the moment the Britons would rather join an American mission. We won’t do that.”

Raab insisted that the UK “approach to Iran hasn’t changed”. The UK is still officially opposed to the US sanctions regime targeted at Iran and—like fellow signatories France, Germany, Russia and China—ia sticking with the 2015 nuclear deal that is supposed to shield Iran from heavy sanctions in return for compliance with measures designed to restrict its nuclear program to the civilian sphere. With the news of the British commitment to the naval mission, the Iranians will fear that the UK commitment to the nuclear deal will not hold.

UK opposition poses sanctions question
In the UK, opposition Labour Party critics asked whether the shift in policy demonstrated by the naval announcement meant Johnson’s government was edging closer to the Trump administration’s Iran policy in terms of economic sanctions.

Lord Wood of Anfield, a Labour peer, was quoted by the Guardian as saying: “The question is: will we thereby effectively be joining the US in their mission to stop all Iranian oil exports, a position which the US strongly adheres to, but the UK and EU oppose.”

The Iranians were seen as seizing the Stena Impero partly in response to UK Royal Marines grabbing an Iran-flagged tanker, the Grace 1, off Gibraltar in early July. Tehran said that move took place at the instigation of the US. The UK denies that, saying it acted to stop the Grace 1 delivering oil to Syria in breach of an EU embargo. But the EU has remained silent on the matter.

Another concern are half a dozen limpet mine attacks on tankers in the Sea of Oman that disabled vessels in recent months. The US claims Iran was behind the attacks, but Iran denies it.

A spokeswoman for the US Department of Defense said: “We welcome the decision of the UK to participate in the international maritime security construct to enhance maritime domain awareness, promote safe passage, and enhance freedom of navigation in the Arabian Gulf, strait of Hormuz, Arabian Sea, and Bab el-Mandeb.”

US likely to bristle at new Iran plan to put satellite in orbit
Turkey’s Halkbank exposed to US court fine of $1.8bn within two weeks if prosecutor’s request accepted
‘People of assassinated general’s home province will pay $3mn bounty to anyone who kills Trump’ says Iranian MP