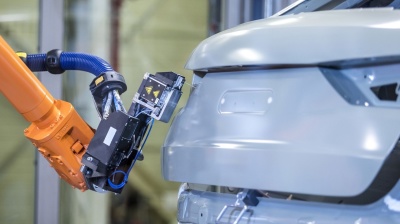 The output of Hungary's industrial sector edged up 0.3% y/y in August, down from 12% in the previous month, the statistics office KSH said in a first reading on October 7. The adjusted data showed a 2.7% growth. On a monthly basis, industrial output was down by 1.2% in August.

The first comments by the KSH indicate that growth of the automotive segment, which has the biggest weight in the industrial sector slowed down significantly. Hungary's vehicle industry has been the main driver of growth in the industry.

The sector is set for another record year with the production value of HUF10 trillion (€30bn) in 2019 from a record HUF8.5 trillion in the previous year. Detailed August figures will be released on October 14.

Next month's data will provide a clearer picture of the impacts of weaker growth in the euro area on the Hungarian industry, analysts said.

So far Hungary’s industry has shown resilience to the slowdown in Europe thanks to large capacity expansion in the sector. Growth in the computer, electronics, and optical equipment segment slightly accelerated, while output in the food, drinks and tobacco products segment.

Analysts attributed the weaker-than-expected industrial data to the different scheduling of car manufacturers' summer shutdowns to last year's and the workday effect.

The sharp drop in Hungarian industrial output in July 2018 due to the summer shutdowns highlighted risks of the country’s heavy dependence on the vehicle sector.

This year the shutdowns for scheduled for August, but weaker demand also had a negative impact, Erste Bank said.

The consensus for this year's growth is around 5-6%.

Real wages in Ukraine dropped 0.4% y/y in April, after growing 9.3% y/y in March
51 minutes ago
New coronavirus cases decline across emerging Europe but the epidemic’s not over yet
8 hours ago
COVID-19 lockdown results in collapse of Lithuanian retail sales in April
2 days ago
Russian retail sales down by a quarter year on year in April, as unemployment soars
2 days ago
Ukraine’s real wage gains still positive but fall in dollar terms in March
2 days ago