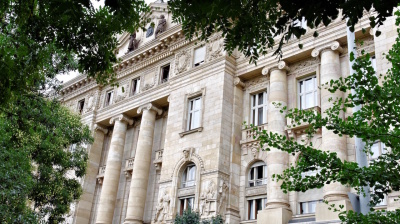 Consumer prices grew 5.1% y/y in April at the same pace as in the previous month, driven by higher tobacco and vehicle fuel prices, the statistics office announced on June 9.

After the reading, Hungary’s central bank governor issued a hawkish statement, saying the turnaround in monetary policy could begin in June if the rate-setting Monetary Council sees fit. The prolonged rise in inflation could put the economic recovery at risk and the economy could weather a rate rise, Matolcsy added.

Headline inflation, at the highest level since 2018, missed forecasts slightly to the downside as many analysts had expected the reopening of the service sector to push inflation upwards. In a month-on-month comparison, CPI was 0.5%.

Many analysts were expecting a significant repricing in services, but in contrast, the figures surprised to the downside, rising just 0.2% m/m  and 2.1% y/y. ING Bank expects the price pressure in the service sector to show up in the June data.

Core inflation, which excludes volatile food and fuel prices, was 3.4%. CPI calculated with a basket of goods and services used by pensioners was 4.4%.

Currently, inflationary developments are mostly determined by a strong rise in fuel prices, the MNB said in a separate report, adding that repricing was higher in April and May than in the same months a year earlier.

A month ago, deputy-governor Virag Barnabas outlined the possibility of monetary tightening at the June 22 rate-setting meeting pending the findings of the quarterly inflation report on the same day.

The Hungarian forint, one of the weakest currencies in 2020 shedding 10.5% versus the euro began a rally after the comments falling from over 360 to as low as 344. The EUR/HUF rate moved from 348.5 to 346.5 after Wednesday's inflation data and comments by MNB officials.

At a financial conference yesterday, Virag confirmed that the MNB was preparing for a tightening cycle, which will start by adjusting short-side interest rates. "We want to eliminate persistent inflationary trends as quickly as possible", he added.

There is a real risk that central banks around the world will react late to inflation, Virag said, adding that the rise in core inflation is showing persistent inflationary effects. The deceleration of inflation could be protracted, and the annual inflation rate could be 4% or higher.

The central bank raised its forecast for average annual inflation to 3.8-3.9% in a quarterly report released on March 23, up from 3.5-3.6% in its previous report three months earlier.