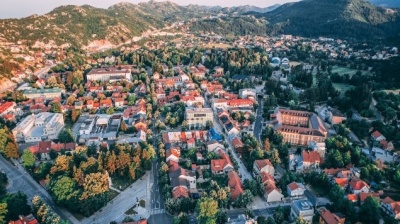 A gunman killed 11 people and wounded another six, including a policeman, on August 12 in the old royal capital of Montenegro, Cetinje, when he started to shoot randomly after a family dispute.

The incident happened in the Medovina neighbourhood in Cetinje near the former royal government building.

Broadcaster RTCG reported that the tragedy happened following a family conflict, after which the gunman randomly shot passers-by on the street including children, according to eyewitnesses. He was shot by the police after he attacked the officers.

Unofficially the attacker was identified as 34-year-old Vuk Borilovic, press office of the police confirmed to RTCG.

Four people with injures were admitted to Cetinje hospital, while two were sent to the hospital in the capital of Podgorica. According to sources from the emergency centre, three people were seriously injured.

Following the incident, the police sealed off that part of the city while local citizens gathered in large numbers.

Montenegro’s Prime Minister Dritan Abazovic was cited by the broadcaster as saying that Montenegro does not remember such a tragedy ever happening before.

"I call on all the citizens of Montenegro to be with the families of the innocent victims, their relatives, friends and all people of Cetinje," he said.

The government declared a three-day state of mourning after a telephone session on the evening of August 12, to commemorate the those killed in the tragedy. The days of mourning will last from Saturday August 13 to Monday August 15.

"On the occasion of an unrecorded tragic event, which resulted in the loss of life of Montenegrin citizens, the government made a decision on the declaration of three days of mourning on the territory of the entire state of Montenegro," the statement says.