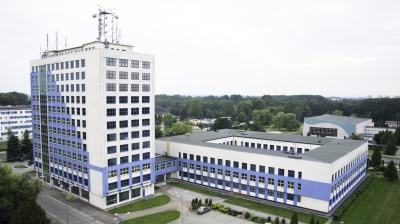 GE Hitachi Nuclear Energy has signed an agreement with Poland’s chemical giant Synthos, owned by the richest Pole Michal Solowow, on the potential construction of a small modular reactor, the US-based company said on October 21.

The reactor would have an installed capacity of 300 MW, GE said. Small modular reactors (SMRs) are the nuclear power industry’s hope to step up deployment of nuclear power generation installations, which many governments and a sizeable part of the public consider too costly and dangerous although there are reliable data showing otherwise.

Nuclear power’s main advantage over conventional generation from burning fossil fuels or renewable energy is the production of power with nearly no carbon footprint, coupled with reliability and longevity.

“Small modular reactors can play a significant role in addressing Poland’s energy challenges, the modernisation of the nation’s energy sector and in achieving necessary and responsible deep decarbonisation,” Solowow said in a statement.

That said, it appears unlikely that Solowow’s nuclear power plant would decarbonise anything more than Synthos’ own demand for energy.

The use of hard and lignite coal to generate electricity makes up nearly 80% of the Polish energy mix. Poland assumes that the ratio will decrease to 50% by 2040 although, even if achieved, that will be at odds with EU’s strategy for carbon neutrality in 2050.

Warsaw is set to demand substantial amounts of money if it is to formally agree with the carbon neutrality goal at an EU summit coming up this December.

GE Hitachi Nuclear Energy’s announcement is part of a bigger push by the US to interest European investors and governments. The outgoing US Energy Secretary Rick Perry was in Brussels earlier this week, pitching the SMR technology as a business opportunity and a means to achieve global carbon emissions reduction goals.

“If the world is going to be really committed to more than just lip service on the climate goals that they have, you cannot get there without nuclear power — that’s zero emission 24/7,” Perry told journalists in Brussels, according to Politico Europe.

Poland has long had a programme to develop nuclear power but it has been largely dormant. In the campaign before the October 13 general election, the ruling Law and Justice (PiS) party pledged to build six reactors by the early 2040s to replace ageing and polluting coal-fired power stations.