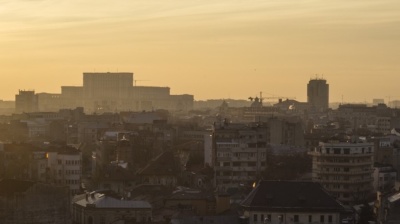 Romania’s Finance Minister Florin Citu admitted in an interview with Bloomberg on March 30 that the country will seek financing from the International Monetary Fund (IMF), ten years after a combined €20bn aid package from country’s economic foreign development partners was negotiated amid a steep recession.

The government has financial resources, mainly its foreign exchange reserve, for several months and is currently analysing the options to secure further financing, in the context that the public deficit is set to exceed 6% this year as a result of unexpected expenses related to the health system amid the coronavirus (COVID-19) pandemic, but also due to measures to support companies and the population, Citu explained.

The question is whether the Romanian government has a plan for how to use the money, other than financing the public deficit that is likely to keep widening without any specific action by the executive. The government’s first economic aid package, even after certain last-minute improvements, remains weak and unarticulated compared to the magnitude of the support package needed by locally owned companies.

The imminent local and parliamentary elections complicate the government’s mission significantly. This is perhaps why Citu sweetened the imminent IMF financing agreement by announcing it to a foreign source and stressing that the arrangement would not include conditions (linked to austerity policies or painful liberalisation processes in the past). IMF arrangements have not been particularly popular, in particular since the austerity packages after the 2008 recession.

“The greatest concern [of the government] is to make sure that people receive their salaries, pensions and unemployment benefits on time,” the Romanian finance minister told Bloomberg.

As regards the financing plans, Citu said that the country intends to first tap the local market for financing, and only afterwards rely on the IMF and the European Bank for Reconstruction and Development (EBRD), but again under an arrangement that does not include conditions (such as structural reforms or performance targets), to raise the money needed to finance the fight against the new coronavirus pandemic, Citu told Bloomberg.

Local financing is preferable for fundamental reasons, particularly as households are in possession of significant resources held in banks’ vaults and, separately, private pension funds find their mission of placing their resources on a rather shallow equity market increasingly challenging. However, local companies will compete for households’ resources (via bank loans) in order to recover after the imminent recession.

The international market remains the solution of last resort, Citu said, leaving the door open for further Eurobonds, but this will largely depend on the talks with the IMF and on rating agencies’ actions.

“If we identify an opportunity in international markets, we will take advantage of it,” he added.

In regard to the sovereign rating, Citu said that rating agencies “are not expected to immediately downgrade Romania, because the economic shock related to the virus is an exceptional one, and the government remains committed to fiscal consolidation.”

The budget deficit will reach over 6% of GDP this year due to the pandemic (from 3.6% initially projected), Citu estimated on a rather optimistic note, adding that he remains confident of a quick economic recovery. It remains unclear when the “fiscal consolidation” mentioned by Citu would start and whether the fiscal policy should focus on consolidation or growth-supportive expenditures.