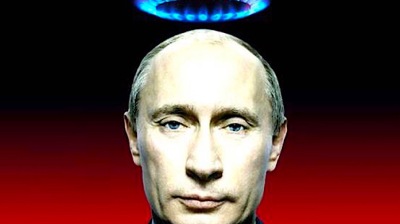 Prices for gas slumped after Russian president Vladimir Putin say that Russia may increase supplies of gas to Europe.
By bne IntelliNews October 6, 2021

Natural gas prices in Europe took a dive on the afternoon of October 6, after Russian President Vladimir Putin hinted that Gazprom might release more supply onto the market.

Gazprom has been subject to criticism for exacerbating the gas supply crisis unfolding in Europe by withholding extra supply beyond its minimum contractual obligations. Some have accused the Russian exporter of trying to put pressure on Europe to allow the Nord Stream 2 pipeline’s launch, while some analysts believe the company is simply driving up the price for its commercial benefit.

Moscow has denied these allegations. “There is absolutely no Russian role in what is happening on the gas market,” Putin’s spokesman Dmitry Peskov told reporters on October 6.

In a government meeting earlier this year, Putin stressed that Russia was a reliable energy supplier.

“Russia has always been and is a reliable supplier of gas to its consumers all over the world, in Asia and Europe, and it always fulfils its obligations in full,” he said.

Instead, the Russian leader pinned the blame for the crisis on European energy policy, particularly its focus on tackling climate change over delivering energy security.

“You see what is happening in Europe. There is hysteria and some confusion in the markets. Why? Because no one is taking it seriously,” he told officials. “Some people are speculating on climate change issues, some people are underestimating some things, some are starting to cut back on investments in the extractive industries. There needs to be a smooth transition.”

He said that sustainable development of oil, gas and coal needed to continue.

For years, Gazprom sold its gas in Europe under long-term, oil-indexed contracts, which give buyers and suppliers price stability. But under former president Jean-Claude Juncker, the European Commission made a concerted effort to liberalise gas pricing, putting pressure on Gazprom to sell more gas on the spot market, using gas-on-gas indexation, and phase out longer-term, oil-indexed contracts.

A number of European buyers had complained that under the oil-indexed contracts, Gazprom was overcharging for its gas, and this culminated in an anti-trust case that forced the Russian company to liberalise its pricing policy in 2018.

“Our European partners ... made a mistake,” Putin said, referring the liberalisation of prices. “As a result, now the gas price has broken all historical records; today it is already nearing $2,000 per 1,000 cubic metres – ten times more than the average price last year.”

Putin called on his officials to propose ways of stabilising the global energy market. “We are ready for such work,” he said, noting that this should be done in a way that “takes into account the interests of all participants in this process.”

The Russian leader added that Russia expected to send more gas via Ukraine this year than the 40bn cubic metres per year it is contractually obligated to send via the country. But in a reference to the Nord Stream 2 pipeline, Putin said sending extra gas through Ukraine was “economically unprofitable,” noting that Gazprom could save $3bn annually by sending its gas to Europe via “newer systems.”

Putin’s words were vague, although the market nevertheless reacted strongly. At TTF, the November contract plunged to under $1,400 per 1,000 cubic metres after the president’s comments were published.

For its part, the EU has largely rejected criticism that its green policies are the cause of the current gas crisis. Wind power output across Europe has been weak this year, putting strain on other sources of energy such as gas. Certain climate policies have also curtailed upstream investment, making the bloc more reliant on imports.

“Today, the price rise happens while a profound transformation of the energy system is underway. We need to design a fair and forward looking response,” European Energy Commissioner Kadri Simson said in a speech on October 6. “We have to be clear. The current price hike has little to do with our climate policies and much to do with our dependence on imported fossil fuels and their volatile prices.”

She said that the crisis was not the result of weaknesses in the European electricity market design, but rather part of a wider global trend.

“The best response to the price challenge is to progress faster towards our target goal of 65% of renewable electricity by 2030,” she said.

“We are very grateful that Norway is stepping up its supply, but this does not seem to be the case for example in Russia,” she said.

The EU president also announced that the creation of a strategic gas reserve would be discussed at the next European Council summit, due to take place on October 21-22. The EU does not currently have a co-ordinated policy for gas storage, although many individual member states do have them.