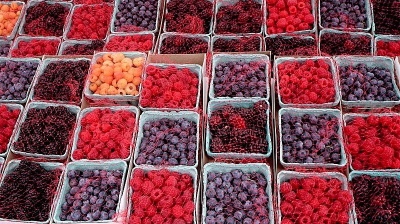 South Estonian farmers have complained about the Estonian Police and Border Guard Board (PPA)-initiated deportation of nine Ukrainian agricultural workers who had violated quarantine on arrival in Estonia in late July.

The Ukrainians reportedly arrived in Estonia on a specially laid-on flight in July and had tested negative for COVID-19. But the country’s Health Board (Terviseamet) claims that the workers violated quarantine by working; the farmers say they were in fact putting their living quarters in order when they were raided by the PPA.

The total of 160 seasonal workers from Ukraine had arrived in Estonia on the afternoon of July 21 aboard a flight chartered by the Estonian Chamber of Agriculture and Commerce (EPKK). Most of them are berry pickers.

Andres Agan, a farmer and manager of Plantex AS, called the situation preposterous, all the more so given the deportation order was to be fulfilled within seven days, whereas an order to leave can be contested within a 30-day period, he said.

According to Agan, he and the other farmers incurred costs while bringing the Ukrainians to Estonia, COVID-19 testing them and keeping them in quarantine without work.

A labour shortage earlier in the summer as harvest season approached was frustrated further by coronavirus travel restrictions and amendments to the Aliens Act, the principal law dealing with immigration. Large numbers of seasonal workers from Ukraine work in the agricultural sector, as well as in construction.

Ukraine's current reported COVID-19 rate is above the 25 per 100,000 inhabitants limit the Estonian economic affairs ministry has set beyond which direct flights must be halted.

The Estonian authorities have opted so far not to make wearing of face masks mandatory.

Latvia’s central bank, Latvijas Banka, has revised its GDP and inflation forecasts. In the light of the latest global economic developments, including the implications of the second wave of the ... more

Lithuania's new liberal-right government said on December 7 it is aiming to speed up the project for synchronising the electricity grid with the Continental European system and is attempting to reach ... more