Estonian flag-carrier Estonian Air announced October 31 it had sacked the company's chief executive, Tero Taskila. What next for the loss-making airline?

Rumours about Taskila's future and the company's financial performance had been swirling through Tallinn's streets for days, along with the first snowfalls of the season.

"By the middle of this year, it was clear that the chosen strategy of Estonian Air had risks realization (sic) which worsened the company's financial performance considerably," said Erkki Raasuke, chairman of the airline's supervisory council, in a statement. The entire council had also tendered its resignation, he added.

Rise and fall of Tero

The move means Finnish Taskila's fall has been as vertiginous as his rise. His appointment, plucked from the ranks of Latvian arch-rival airBaltic in June 2011 was seen as a coup at the time and initially he did inject some dynamism into a company that had a long-standing reputation for being sluggish.

Ideas such as getting the country's top chefs to provide gourmet in-flight meals and giving planes some eye-catching paint jobs grabbed headlines. But a network strategy that concentrated on increased connections to Scandinavia and numerous smaller Finnish airports was questioned by many. Along with a reported salary of €30k per month, it meant Taskila was expected to turn the company around pronto.

As recently as October 2, the company was trumpeting its increasing passenger numbers and growing use of Tallinn as a transit destination for Finnish, Russian and Lithuanian routes. In the first nine months of the year, Estonian Air carried 686,106 passengers with the total number of passengers flying from Tallinn up 71% on the same period last year and the number of flights also up by 71%.

However, as results released the same day as Taskila's sacking show, that increased traffic did not translate into increased profitability. Quite the reverse: Estonian Air, which operates a fleet of just 11 aircraft, reported a €20m loss for the first nine months of the year on turnover of €70m and with the traditionally unprofitable winter season still ahead, 2012's results look certain to be the worst in the company's history. During the same period last year, the airline lost €11m on turnover of €58m - proportionally a smaller loss, and enough to seal Taskila's fate.

While Taskila is carrying the can with some justification, he shouldn't be saddled with all of the blame. The Estonian government, which holds a majority stake in the airline, approved Taskila's grand plans just a year ago on November 3, 2011.

Commenting on the decision to ditch Taskila, Economy Minister Juhan Parts told bne: "In a situation where the current business plan does not work, the resignation request of board members is understandable. The board has come to an understanding that the chosen strategy is not worth pursuing and that a different approach is necessary."

Parts added that he hoped Raasuke, who was only appointed in June, would carry on when a new board is appointed. "New decisions concerning the flights, planes and personnel need to be made. The need for extra capital depends on these decisions and it is still early to say something about this matter. First, the company needs to develop a new plan of action and then give the respective proposal to shareholders," Parts said.

Taskila's job as CEO has been taken by Jan Palmer, whose main aim is "to ensure smooth service for the customers, to adjust the route network based on real economic demand, and to reduce company's costs in proportion of the new business volumes," according to a company statement. "I will use my experience from several regional airlines to support the change of direction requested by the supervisory council," said Palmer. 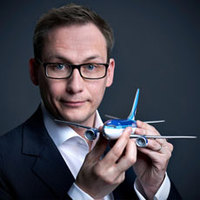