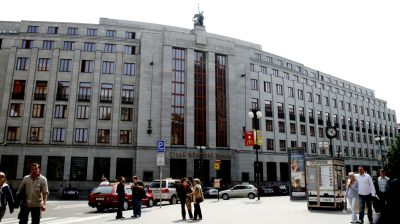 “The CNB surprised the market today by delivering a 75bp cut vs 50bp expected. As revealed during the press conference, it was a 5:2 decision, where the minority supported just a 50bp cut. However, 50bp was recommended by the new forecast,” commented ING chief economist Jakub Seidler.

“As such, the CNB board members decided to frontload monetary easing today, as the new forecast indicated more lowering of rates in the 2H20,” Seidler noted, adding that the recent lowering in CNB rates by two percentage points is the largest in the EU.

“This is also due to the fact that the CNB has been gradually hiking interest rates since the 2H17 and thus now it has room for a more significant reduction,” Seidler explained.

According to Raiffeisenbank analyst Vit Hradil, lowering interest rates in the environment of considerable uncertainty and risk will make loans harder to discount. “This is an important signal that will release another significant amount of liquidity to the market at the expense of bank deposits with the CNB, and it will later contribute to the rehabilitation of the economy severely affected by the coronavirus shock,” he stressed.

The central bank also published its May economic forecast, according to which it expects a decrease of GDP by 8% this year, followed by an increase of 4% the year after.

“The current uncertainty regarding future GDP growth is much higher than implied by the historical forecast errors. The confidence intervals of the GDP growth forecast have therefore been widened significantly in proportion to the ratio of the standard deviation of the forecast annual GDP growth to past growth,” the CNB said.

“The new forecast expects Czech GDP to fall by 2% year-on-year in 1Q20, followed by an almost 12% y/y decline in 2Q, which should be the bottom. For the whole year, the economy is expected to fall by 8%, and in 2021 it is expected to grow by 4.2%,” Seidler commented on the forecast.

Annual headline inflation at the monetary policy horizon is forecast to decrease to 2.9% at the end of 2H20. In both 2Q21 and 3Q21 it is expected to stand at 2.1%. The CZK/EUR exchange rate should remain stable at around 27.5 until the end of 2021.

“The CNB probably hopes to weather the situation by keeping rates low for a longer period accompanied by a relatively weak koruna also delivering solid monetary easing, ie, without the need to launch QE [quantitative easing] or other non-standard or more controversial measures like an FX-floor regime. This explains why the CNB does not want to be too specific about the next steps if the zero-lower bound is hit,” Seidler concluded.