COMMENT: Presidential elections in Kazakhstan usher in a new era in the country's development 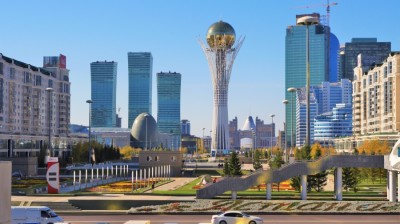 Kazakhs are about to the go to the polls to elect a new president after Nursultan Nazarbayev stepped aside earlier this year. Nazarbayev had led the country continuously since independence in 1991. The Kazakh ambassador to the UK, Erlan Idrissov, believes the election ushers in a new era in Kazakhstan’s development and that the UK will be an important partner going forward - ED. 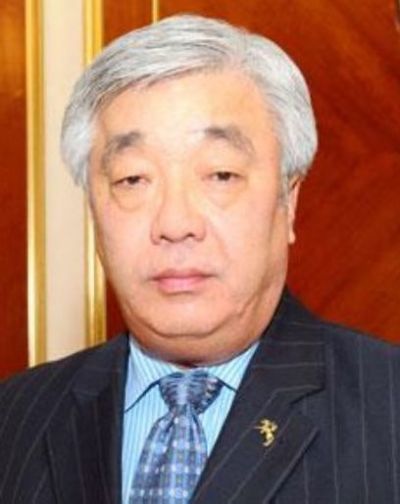 Most countries face major political events only a handful of times in a generation. For the UK, this has been Brexit, along with the uncertainties and opportunities, which it has presented. For Kazakhstan, it is our forthcoming presidential election.

This will be the first election in our nation’s history since independence where Nursultan Nazarbayev will not stand for president, ushering in an unprecedented change to Kazakhstan’s political system.

This is a critical moment, not least because a President can lead a country in an aspirational direction, influence the domestic economy and also shape bilateral relations for decades to come.

While many fear or distrust change, I am confident that both our nations are poised for political and economic success as we forge new, untested paths.

Kazakhstan’s upcoming election promises to be the most competitive and diverse in our nation’s history. Seven candidates from across the political spectrum will stand for the highest office. The list includes the first female candidate to run for President – Daniya Yespayeva from the Ak Zhol party.

Central Asian politics has long been a predominantly male affair, with female representation lagging well behind the global average. However, over many years, Kazakhstan has taken concrete steps to improve gender equality and to promote female representation in business, politics and society. We are now witnessing the fruits of this labour. In addition to Ms. Yespayeva, the Senate Chairwoman, the Deputy Prime Minister and the Minister of Education and Science are all female, as are approximately a quarter of the members of Kazakhstan’s parliament.

More progress is, of course, possible. But in a region where the average female political representation is lower than 20%, Kazakhstan is a leading light in championing greater gender equality.

President Kassym-Jomart Tokayev has promised that the election will be transparent and conducted to the highest international standards. As a government, we do not make this pledge lightly. The country can already offer concrete examples of its sincerity. For example, presidential candidate Amirzhan Kossanov, a leading opposition voice for almost two decades, is now openly campaigning in the hope of securing popular support.

The election is not just important to Kazakhstan but to our neighbours and partners all over the world. From an economic perspective, our government has worked hard to streamline and improve Kazakhstan’s favourable business and investment climate. These efforts have made us the number one investment destination in Central Asia and we are now ranked 28th in the World Bank’s 2019 Doing Business Index.

This point is especially relevant for our partners in the UK. Britain is the sixth largest investor in Kazakhstan, and over the past 13 years has invested more than $12bn into our economy. Now, both countries sit at a junction in which our political and economic landscapes will change irrevocably. We should see this not as a threat to bilateral relations, but as a great opportunity to further our prosperity and trade. Our government sees Britain forging a new global direction and is confident that the next decade will issue in a new wave of expanded UK-Kazakhstan co-operation.

The Astana International Financial Centre (AIFC), which opened last year, is quickly becoming the preeminent financial hub in Central Asia. Many UK companies are already working with the AIFC to launch or expand their operations in Central Asia and beyond. These numbers are expected to grow significantly over the coming years, as more and more European businesses recognise the increasing importance of Kazakhstan as a strategic hub linking Europe and Asia.

Kazakhstan is a nation of 18mn people, spread across a landmass equivalent in size to that of Western Europe. For us, global connectivity is vital. Our nation’s $9bn Nurly Zhol infrastructure development programme, designed to increase industrial capacity and develop an expanded road and rail network, means that goods travelling from China to the UK via Kazakhstan takes only 15 days, three times faster than by traditional sea routes. The growth in our logistics and transport infrastructure means that greater numbers of UK businesses can now get goods to market in a matter of weeks rather than a matter of months.

In an increasingly developed and complex global setting, the Kazakh-British strategic partnership has gone from strength to strength, and the frequency of political discussions and meetings at all levels is a testament to these deepening ties. The results of Kazakhstan’s presidential election will be officially confirmed by mid-June. Active work will then begin to reaffirm our nation’s close political, social and economic ties. We have every reason to be confident about the future and the continued cooperation between our two great nations.