Central and Eastern Europe lags the world in social capital 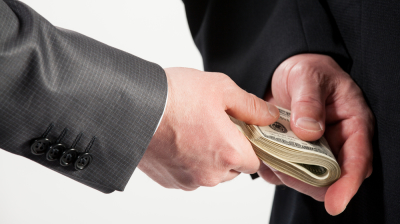 Without trust, institutions do not work properly and people are less likely to comply with obligations, creating space for corruption.
By Robert Anderson in Prague September 23, 2017

Central and Eastern Europe needs to rebuild its social capital if it is to close the prosperity gap with Western Europe and persuade emigrants to return, according to the inaugural CEE Prosperity Report by the Legatum Institute, released on September 21.

According to the UK free market institute, using 2016 data sets, CEE countries have among the worst rankings for social capital in the world, with weaker trust and civic engagement than even Sub-Saharan Africa.

“Fifty years of communism did not only cause the region physical damage but also psychological damage,” the report says. “Central and Eastern Europeans living under communist rule survived by narrowing their circle of trust, restricting it to immediate family and friends, at the cost of wider trust and trust in the institutions of government.”

According to its data, the region has made little progress over the past decade in closing the social capital gap. “There has not been the kind of improvement you would like to see,” Shanker Singham, Legatum’s director of economic policy and prosperity studies, told a press conference in Prague hosted by the Aspen Institute and Ceska Sporitelna bank.

Legatum argues that social capital is vital for building economic prosperity (which it defines as including wealth and wellbeing, as well as gross domestic product) because it underpins transactions and strengthens the business environment, progress in which has stagnated since 2007.

Social capital is also crucial for improving governance, the institute says, because without trust, institutions do not work properly and people are less likely to comply with obligations, creating space for corruption. According to its data, governance in the region has weakened since 2007, and is closer to Southeast Asia or Latin America than Western Europe.

The report argues that that the European Union has put the cart before the horse by neglecting measures to rebuild social capital.

“Years of market and institutional reform, particularly in EU accession countries, have often failed to see their full potential because they are implemented on foundations of weak social capital.”  It concludes: “Providing a foundation of social capital must come before regulatory changes and policy reforms.”

Legatum points out that the region’s young have higher social capital than the old, and could bring back healthier norms after working in Western Europe, but they need to be convinced to return by signs of progress.

Within the region, after Austria, Slovenia was the clear winner (and was top in the world for natural environment), then Estonia, closely followed by Czechia, which it has leapfrogged compared to 2007.

In the lower half of the table, Hungary was below even Croatia and all the Baltic states, while Bulgaria was only above Montenegro, Serbia and Albania.