bneGREEN: Wind and solar growth must accelerate to keep pace with demand for power 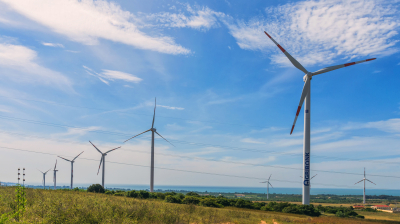 Wind and solar accounted for a record 10.3% of global electricity consumption in 2021, after solar generation rose by 23% and wind grew by 14%.

However, the transition needs to become far quicker and to post higher growth rates in order to phase out coal and reduce CO2 emissions.

The good news is that 50 countries worldwide have now reached the 10% threshold for wind and solar, with seven of them hitting the milestone for the first time in 2021.

The faster climber in 2021 was Vietnam, where solar output ballooned by 337%, representing growth of 17 TWh, in one year, making it the world’s 10th largest solar generator. The allowed the Southeast Asian country to reduce its share of fossil fuels and to drive emissions down by 6%.

Green think tank Ember said in its Global Electricity Review, released on March 30, that clean power now accounted for 38% of all electricity in 2021, with solar and wind providing 10.3% of total generation, up from 1% in 2020.

Global demand for power rose by 5%, with 29% of that growth being met by wind and solar.

However, other forms of clean electricity provided no net growth, with nuclear increasing but hydro falling.

Remaining demand increase was therefore met by fossil fuels. 59% of the electricity demand rise in 2021 was met by coal generation alone. Gas and oil made up the final 10%.

As such, renewables still has much to do keep pace with rising demand for power, with the report finding that solar and wind need to grow by 20% every year by 2030 in order to meet emissions targets and to keep net zero by 2050 in sight.

The review looked at annual power generation data for 209 countries between 2000 to 2020, with 2021 data included for 75 countries that together account for 93% of global power demand.

Globally. power demand rebounded in 2021 after collapsing in 2020 because of the global pandemic, causing a record rise in CO2 emissions and coal consumption.

China "is installing not only record levels of wind and solar, but also installing record levels of clean electricity like hydro, nuclear and bioenergy which means their coal generation will start falling," Ember's global lead Dave Jones said, Reuters reported.

"What's not clear is how quickly that will be," he added.

Indeed, emissions from the power generating sector rose by 7%, or 778mn tonnes in 2020, the largest absolute rise ever, thanks to the record rise in coal and a rise in gas consumption for power generation.

The main issue currently slowing the growth rate is on-the-ground constraints like permitting, and if governments want to supercharge growth they need to solve problems slowing deployment, Jones said.

“Wind and solar have arrived. The process that will reshape the existing energy system has begun. This decade they need to be deployed at lightning speed to reverse global emissions increases and tackle climate change,” Jones said in a statement from Ember.

This 7% rise in power sector emissions must turn into a 60% fall between 2021 and 2030 if the world is to stay on the International Energy Agency’s (IEA) 1.5 degrees pathway.

2021 showed that the rise in solar and wind and fall in emissions is not spread across enough countries, despite superb performers such as Vietnam showing that rapid growth is a realistic prospect.

Over the decade to come wind and solar need to sustain high average growth rates of 20% every year across all countries in order to meet the 1.5 degree targets.

The report noted that 20% growth had ben posted before, but needed to be repeated.

In the last decade, wind and solar achieved an average 20% per year, and although the growth rate had been falling, it picked back up to 17% in 2021. Compound growth of 20% has been done before, and it needs to be done again.

The report also warned that growth in clean generation, other than wind and solar, stalled in 2021.

Hydro fell 2% on drier conditions, especially in China. Nuclear increased 4% as existing reactors in France and Japan came back online and new reactors switched on in China and Russia. Bioenergy grew 6%, although concerns continue to be raised about its true emissions impact.

Growth in bioenergy, hydro and nuclear in the last 20 years was led by China.

The report warned that this slowdown in other clean technologies cold put emissions targets in danger.

The International Energy Agency’s Net Zero by 2050 roadmap anticipates that a quarter of the growth in clean electricity will still come from other technologies.

Indeed, the report warned in 2021 that most of the global reductions in CO2 emissions between now and 2030 in the net-zero pathway come from technologies readily available today.

Asia also dominated demand growth, in large part as economic growth boomed. In many countries, it followed on from a growth year even in 2020 when the pandemic struck. China saw the biggest rise, with 14% higher electricity demand in 2021 compared to 2019.

It is in Asia, therefore, where the main focus on reducing emissions and reaching will lie in the decades to come.

The economics of herding in Mongolia
bneGREEN: Is coal killing us all?
CEE companies weather the COVID-19 crisis

International investors are vying to build new solar and wind farms in Uzbekistan as the country tries to reduce emissions while also supplying power to its growing population.

The EBRD has now invested €1bn in green bonds since 2017, with €524mn allocated in 2021 alone, as it supports emerging green capital markets across Central and Eastern Europe.

The EU Council of Ministers has agreed to an effective ban on the sale of petrol and diesel cars from 2035, overcoming last minute opposition from a group of five countries.