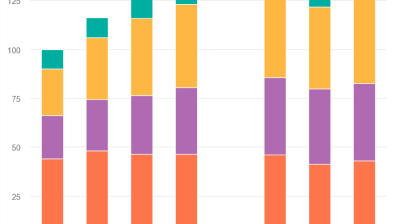 Global methane emissions from the energy sector over time, 2000-2021 / IEA
By By Richard Lockhart in Edinburgh February 24, 2022

Worryingly, methane emissions from the energy sector are about 70% greater than the amount national governments have officially reported.

The rise puts at risk the goals of the Global Methane Pledge, signed at the COP26 conference in Glasgow.

“This is harmful & unnecessary when much of these emissions can easily be avoided at no net cost,” said IEA chief energy economist Tim Gould.

This underreporting must be addressed, and more measurement & data transparency is vital, said Gould.

“At today’s elevated natural gas prices, nearly all of the methane emissions from oil and gas operations worldwide could be avoided at no net cost,” said IEA Executive Director Fatih Birol.

“The International Energy Agency has been a long-standing champion of stronger action to cut methane emissions. A vital part of those efforts is transparency on the size and location of the emissions, which is why the massive underreporting revealed by our Global Methane Tracker is so alarming.”

Methane is responsible for around 30% of the rise in global temperatures since the Industrial Revolution, and quick and sustained emission reductions are key to limiting near-term warming and improving air quality.

In South Africa, energy accounted for 44% of methane emissions, while in China the share was 48%, according to data from the IEA’s Methane Tracker.

Methane dissipates faster than carbon dioxide (CO2) but is a much more powerful greenhouse gas (GHG) during its short lifespan, meaning that cutting methane emissions would have a rapid effect on limiting global warming.

Some companies and countries are showing what can already be done to reduce emissions from oil and gas operations. The emissions intensity in countries such as Norway is over 100 times better than in the worst performers.

The Global Methane Pledge, launched in November by more than 110 countries at COP26, was an important step.

However, more countries need to join, as not all of the largest methane emitters globally are part of the Pledge.

“The Global Methane Pledge must become a landmark moment in the world’s efforts to drive down emissions,” said Birol.

“Cutting global methane emissions from human activities by 30% by the end of this decade would have the same effect on global warming by 2050 as shifting the entire transport sector to net zero CO2 emissions.”

The IEA found that if all methane leaks from fossil fuel operations in 2021 had been captured and sold, natural gas markets would have had an additional 180bn cubic metres of gas. That is equivalent to all the gas used in Europe’s power sector and more than enough to ease today’s market tightness, Gould said.

Uncertainty over methane emission levels is no reason to delay action. Big cuts can be achieved with known technologies and tried and tested policies.

If all countries implemented these proven policies, it would cut global methane emissions from oil and gas operations in half.

Satellites have greatly improved visibility of the largest leaks and latest readings are included in the IEA’s report.

Current satellites and data processing techniques can be used to detect and quantify total emissions from major leaks over a large area, down to small leaks at the facility level.

For example, data from the European Space Agency satellite Sentinel 5-P, processed by the earth analytics firm Kayrros, indicate that during 2021 there were around 70 countries where methane emissions from oil and gas operations could be detected for at least 15 days.

In 2021, major emissions were confirmed in Texas & Central Asia, while Turkmenistan caused a third of large emissions events from oil and gas seen by satellites.

On the other hand, relatively few major leaks were detected for the major onshore oil and gas producers in the Middle East.

Action on methane is an integral part of efforts to reach net zero and limit global warming to 1.5 C.

In the IEA’s Net Zero Emissions by 2050 Scenario, energy-related methane emissions need to fall 75% by 2030.

Reducing fossil fuel demand alone will not do the job quickly or effectively enough, Gould warned.