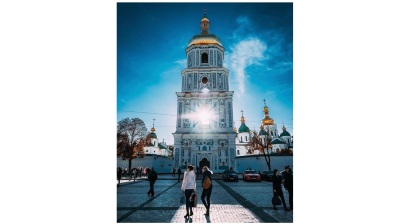 Ukraine received $2.5bnin FDI in 2019, but if Azerbaijan follows through on a promise to invest over $1.5bn that would almost double FDI in 2020
By bne IntelliNews February 27, 2020

Azerbaijan is going to increase investments in Ukraine ten-fold to $1.5bn-$2bn in 2020, Baku's ambassador to Kyiv Azer Khudiyev told news agency Ukrinform this week that if the investments go ahead will almost double the level of FDI going into Ukraine in 2020.

"We want to raise this level [of investment] up to $1.5-2bn overall. And now we intend to do this through our two trading houses - these are good sites and good economic opportunities, where business circles of Ukraine and Azerbaijan gather and discuss necessary and concrete things," ambassador said, without naming any expected deals, which points to the fact treat this statement was purely political.

According to bne IntelliNews correspondent in Eastern Europe, Azerbaijan's FDI in Ukraine stood just at $210mn in 2019, and $216mn in 2017.

The total FDI into Ukraine in 2019 was an estimated $2.5bn, slightly ahead of the $2.4bn invested the year before. Timofei Milovanov, Ukraine’s Minister of Economic Development, Trade and Agriculture said in February that the government hopes to increase FDI in 2020 to $5bn, but will have its work cut out for it until there is peace in the Donbas and the war with Russia comes to an end. However, if the Azeri investment goes ahead if could at a stroke almost double the amount of FDI Ukraine receives in 2020.

The Azeri ambassador also said that agreements had already been reached between Ukrainian partners "on more joint ventures established in one or another territory."

"We have intentions to invest here. So in this regard, I have recently talked to our economy minister. He will do the Ukraine-Belarus-Moldova tour soon. Our president gave an instruction to strengthen our economic positions in this region." In November, Russia's telecom operator MTS signed an agreement with Telco Solutions and Investments, which is owned by Azerbaijan's Bakcell telecom company, on the sale of MTS operations in Ukraine - Vodafone Ukraine - for $734mn, including deferred payments of about $84mn. Bakcell telecom company is incorporated in NEQSOL Holding.

Azerbaijan’s investment into Ukraine could be strategically significant. AS bne IntelliNews argued in a piece “Azerbaijan, Georgia and Turkey build a golden triangle of mutual investment” western investment into the Former Soviet Union (FSU) countries has disappointed over the last three decades with most countries choosing to profiteer from the opening up these markets and boosting trade. However, that trade has been followed with relatively little FDI with some exceptions like the carmaking business.

In lieu of western FDI increasingly smaller regional blocks have formed with the triangle of Azerbaijan, Georgia and Turkey standing out as one of the most actively developing. Adding Ukraine to this block would significantly boost the size of the potential market and its clout.

Ukraine would also be a big winner as Turkey in particular is in a position to provide significant financing and direct investment into multiple sectors.

KYIV BLOG: How is Ukraine going to pay for dealing with the coronavirus stop-shock?
Ukraine's Economics Ministry forecasts 3.9% economic contraction in 2020
Just how painful would a sovereign debt default be for Ukraine?