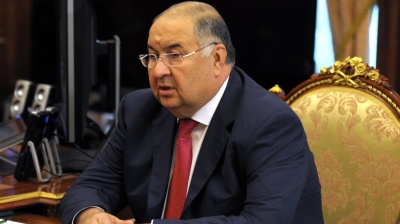 A Russian tycoon and the other shareholders of his holding company USM have donated RUB2bn ($26mn) to help in the fight against the coronavirus (COVID-19) epidemic in Russia, the company said in a press release on April 6.

The money was donated to Russia’s Operational Headquarters for the Prevention of Importation and Spread of the new Covid-19 infection to the territory of the Russian Federation, a federal body set up to spearhead the government’s efforts to bring the epidemic under control and treat those who are infected.

After a slow start, Russia has dramatically ramped up its response to the rapidly expanding rate of infections. Russia had 6,343 officially confirmed cases as of April 6, including 47 deaths, although 406 people have already recovered from the virus, according to John Hopkins. Moscow Mayor Sergey Sobyanin has led the charge, and put Moscow on strict lockdown regime on March 30. The other major cities quickly followed suit, with 53 of Russia’s 85 regions now on lockdown and strict limits on the other regions, mostly in sparsely populated parts of the country.

Funds will be allocated by USM shareholders on a non-reimbursable basis for the priority needs of the HQ, according to USM in a statement emailed to bne IntelliNews. “It is planned that the financing would be directed to the purchase of protective equipment for medical personnel and volunteers, to their transportation needs, as well as to materially support medical personnel and persons employed in treatment activities.”

Usmanov has been actively supporting charities and has become one of Russia’s leading philanthropists in the last few years. According to Forbes, Usmanov has directed a total of more than $2.6bn to charitable causes.

As bne IntelliNews reported, Usmanov donated $20mn to Uzbekistan last week, his country of birth, to help equip hospitals for treating victims of the pandemic. In addition, last year he donated “several hundred million dollars,” to the republic, which has begun to emerge after almost three decades of isolation under former president Islam Karimov, who died in 2016.

USM founder Usmanov added: “Besides the financial support to the Headquarters, our companies undertake necessary measures to ensure a stable and uninterrupted operation of their business and to protect their employees. These actions are our contribution to the tremendous work carried out by the Russian Government, by medical institutions and by all the involved agencies, for the sake of the victory over the virus. I’m confident that we will overcome this challenge together”.

Amongst its most famous investments was the purchase of an 8% stake of Facebook in 2008, amidst the last big global crisis that earned Usmanov “several billion dollars,” according to his reported remarks. A serial entrepreneur, Usmanov, however, has made several fortunes in his long career, starting with plastic bag production in the dying days of the Soviet Union and including building up a major metallurgy and mining group under the Metalloinvest Group, before more recently changing direction again to focus on tech investments.

But since he turned 60 Usmanov has begun to withdraw from business and dedicates the bulk of his time to sports, as the chairman of the International Fencing Federation, based in Switzerland, and charity. Usmanov caused a mild sensation a few years ago when he announced that he would give away his stake in USM, half to his extended family and half of the senior managers of the firm – the first high-profile Russian businessman to follow in the footsteps of the likes of Warren Buffet and Bill Gates, who have also given away large parts of their fortunes to charitable organisations.