19 arrests made in “Kruja Highland” anti-drug operation in Albania 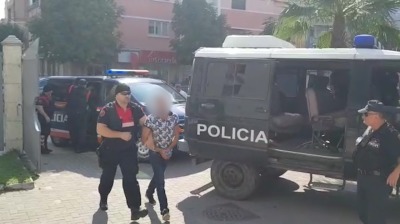 Albanian police arrested 19 people on suspicion of cannabis cultivation in the mountainous Kruja district north of Tirana, the police said in a statement on August 29.

The fight against corruption and drug trafficking has been one of the priorities of the Albanian government led by Prime Minister Edi Rama, since it set its sights on EU accession

The country was previously known as a major marijuana producer — at its peak, the cultivation of cannabis accounted for about half of Albania’s GDP — until a government crackdown in 2014 when it launched a large-scale military operation at Lazarat, known as Europe’s “marijuana mountain”. This significantly reduced the number of cannabis plantations, with Rama claiming in 2017 that large-scale plantations had been almost wiped out.

However the fight against drug cultivation and trafficking continues. After a major operation codenamed “Kruja Highland” lasting three months, police swooped in on the suspects, making 19 arrests and putting another seven people on the wanted list. They are believed to have grown cannabis in forested areas around eight villages in Kruja municipality, according to the statement.

33 mobile phones and one firearm were also seized.

The Kruja Highland operation followed on from a series of operations, codenamed "Punishment 1, 2, 3 and 4", during which 27 people were arrested and two were declared wanted.