UPDATED: 21 dead in strongest earthquake in Albania in recent decades 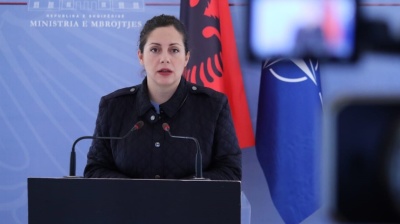 Defence Minister Olta Xhacka says the rescue operation is complicated by the large number of damaged buildings.
By Valentina Dimitrievska in Skopje November 26, 2019

At least 21 people died in the 6.4 magnitude earthquake that hit Albania early on November 26, the strongest in the last few decades.

The epicentre of the tremor, which was felt at 3.53 a.m., was 11 km away from the port city of Durres and around 30 km from the capital Tirana, at a depth of 10 km, according to US Geological Survey.

The earthquake was felt elsewhere in the region in Bosnia & Herzegovina, Kosovo, Montenegro, North Macedonia and Serbia.

More than 200 people have been reported injured so far and admitted to hospitals in Durres and other cities, but more people are feared to be trapped under the rubble, the defence ministry said.

The towns of Durres and Thumana were the most affected by the quake. Three people died in Durres, two in Thumana, one in Lezha and one in Kurbin. November 27 has been declared Mourning Day in Albania.

Four strong aftershocks and another 100 smaller ones were felt on the morning of November 26. Firefighters and the army are involved in the rescue operation.

There are 400 members of the armed forces currently on the ground, but the entire army is on standby, according to the defence ministry.

“It is a difficult situation, either because of the large number of damaged buildings or due to difficulties to reach the damaged sites,” Albanian Defence Minister Olta Xhacka said.

Albanian Prime Minister Edi Rama said in a Facebook post that foreign leaders expressed readiness to help Albania to cope with the disaster.

"Montenegrin Prime Minister Dusko Markovic announced that a special support team for the injured is heading to Albania and, similarly, another emergency support team from Serbia specialising in emergencies is leaving for our country," Rama announced.

According to US Geological Survey, hours after the quake in Albania, a strong tremor of 5.4 magnitude hit Bosnia at 10.20 local time with epicentre near Mostar, but there have been no reports of injuries or damage so far.