Ukraine "should provide for transparency in coal purchases in the anti-terrorist zone [rebel-territories in East Ukraine] and abroad," US ambassador to Kyiv Geoffrey Pyatt has warned amid growing attention to the shadowy lucrative trading that continues across the front line of the armed conflict.

Pyatt, quoted by Interfax during a panel discussion on energy diplomacy on September 22, was referring to Ukraine's sourcing of coal for state-owned power plants, both from international suppliers such as South Africa as well as from coalmines in East Ukraine's rebel-held Donbas region.

Murky deals through which Ukraine now obtains its coal are adding to the woes of the government in Kyiv, which came to power on an anti-corruption platform after a Russian-backed insurgency in the Donbas cut off Ukraine from its strategically vital coalfields, causing reserves to dwindle. "The situation in the energy sector is disastrous," Ukrainian Prime Minister Arseny Yatsenyuk said in July during a trip to Kharkiv.

Ukraine’s thermal power plants face mounting problems as energy companies’ stocks of anthracite coal decline. According to Deputy Energy and Coal Minister Alexander Svetelik, by August available reserves had fallen to around 1.5mn tonnes of the 2.7mn tonnes required to be stockpiled. By July, the country had extracted about 15.5mn tonnes of coal in 2015, or half the amount of the previous year. Several power plants responded by cutting coal-generated exports to cover domestic demand as coal production hit its lowest level since World War II.

Underlining the coal supply crisis in the power sector, the giant company at the heart of many allegations of financial impropriety, the Ukrainian power generator Centrenergo, said on September 22 that it would have to import 160,000 tonnes of coal from South Africa, 465,000 tonnes from rebel-held eastern areas, and 480,000 tonnes directly from Russia to meet consumer demand in the winter. 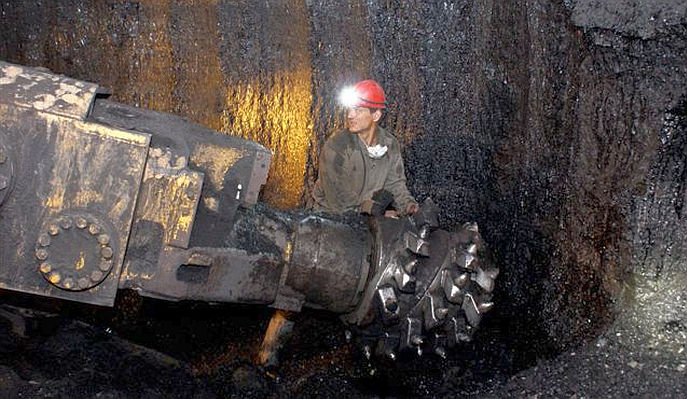 Around $100mn worth of the coal will be acquired via a shadowy Cyprus intermediary with unknown beneficiaries that was selected without a competitive tender in February, journalists revealed in August, accusing the energy ministry of trying to hush up the deal.

This immediately followed the police's uncovering of a black market scheme for selling coal from the rebel-held territories to Centrenergo, according to court documents. Under the scheme, Centrenergo signed a contract with a trading company registered in Ukraine for coal supplies, but around $1mn of payments ostensibly for coal apparently went to three 'fictive' companies registered in Kyiv and the Kyiv region, according to media reports and court documents, fuelling suspicions that these funds flowed to corrupt law enforcement officials.

On the day Pyatt delivered his warning, Ukraine's interior ministry reported that it had uncovered an illegal scheme for supplying coal from the Russian-backed rebel-territories in East Ukraine.

According to the ministry, 210,000 tonnes of coal mined on rebel-held territory were shipped by rail to government-controlled Ukraine using falsified documents and supplied to state companies. This therefore constituted stealing and laundering state company funds, the ministry said in a statement, without specifying which state companies were involved.

Even without the corruption component, Ukraine state purchase of coal from mines in rebel-held East Ukraine is highly controversial, since the mines are directly controlled by the rebels, and thus the funds go to financing the rebel forces, which still attack Ukrainian government forces on a daily basis.

In an attempt to reduce the amount of coal sourced from rebel-held Donbas, Ukraine has stepped up purchases of coal directly from Russia as well as from South Africa. The purchases from Russia are only slightly less controversial for obvious reasons – it is Russian backing for the East Ukraine rebels that has cut off Ukraine's traditional coal-rich region from Kyiv. But even attempts to acquire coal from South Africa have been mired in controversy due to accusations and counter-accusations of corrupt schemes and mark-ups via intermediaries, which have been hard to prove but hard to dispel. 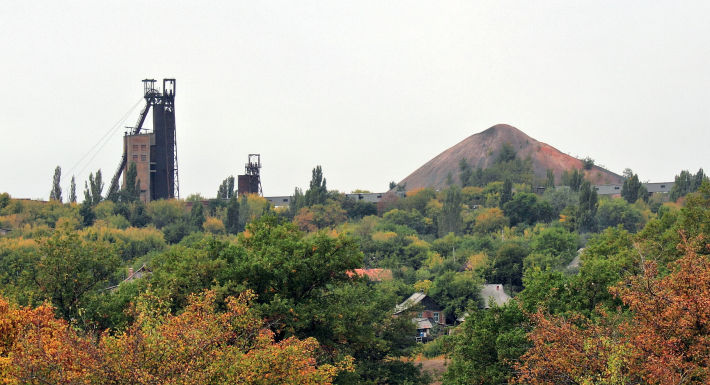 Ukraine buys mostly rare anthracite coal from the rebel-held territories, on which around half of the country's coal-fired power plants depend, and which is far more expensive and difficult to import than thermal coal.

Where does the anthracite coal mined in the rebel-held territories go? Numerous reports say that it is exported to Russia, with observers from the Organization for Security and Co-operation in Europe witnessing whole truckloads of coal being moved across the border. What happens to it then is unknown, but another criminal case that went to trial in August in Odesa suggests at least some of the coal moved to Russia is then re-exported via Ukraine as a transit cargo for export to the West from Odesa. This means the initial sale to Russian entities is something of a formality, and implies some complicity with Ukraine authorities, say analysts.

Private sector hands in the mix

The bulk of DTEK's mines are in rebel territory, but they supply coal to power plants for Ukraine's largest cities such as Kyiv and Dnipropetrovsk. Officially DTEK says it makes no payments to the rebel authorities for operating its mines and steel plants on the rebel-held territories, since this would result in the imposition of international sanctions against them.

The rebels seem happy to have the mines working, however, possibly partly because of the employment they provide. There is also a degree of interdependency: the DTEK-owned Schastye power plant is for instance located on the Ukrainian side of the demarcation line in North Luhansk. But it supplies power to rebel-held Luhansk itself, while in turn being supplied with coal from DTEK mines in rebel-held districts of the Luhansk and Donetsk regions.

Akhmetov's Metinvest concern operates steel and coking coal facilities on both sides of the demarcation line between rebels and government forces. Here there is also a high level of mutual dependency, since steel plants such as the Enakievo Steelworks in the rebel-held Donetsk region depend on supplies of coke from the Avdeevka coke plant on the other side of the demarcation line. Avdeevka in turn is supplied with coking coal from a mine in rebel-held Krasnodon.

Meanwhile, prizing Akhmetov's hands off the coal trade will be tough if anyone tries, for he is regarded as a kind of "father figure" in the eastern region, where he is also the main provider of humanitarian aid to the population. In March, when a methane blast killed 33 miners at the Zasyadko coal mine, Akhmetov offered to pay compensation to the injured and to the families of the dead, even though he did not own the mine.