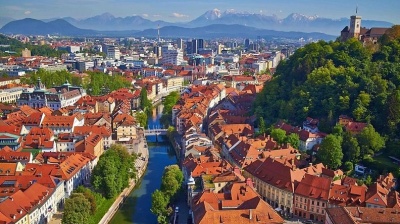 Slovenia’s central bank expects economic growth to remain low until the end of the year due to the slowdown in other eurozone countries, it said on September 4.

Slovenia’s GDP expanded by an annual 2.5% in the second quarter of 2019 slowing from 3.2% y/y in the previous quarter. Seasonally adjusted GDP was only 0.2% higher than in the first quarter of 2019.

However, Slovenian economic growth continued to outpace the euro area average in a year on year comparison.

“Because there are still no signs in the international environment of an improvement in the situation in industry, and confidence in the domestic economy declined slightly, economic growth is expected to remain subdued this year,” the central bank said in a statement.

There was a strongly negative impact from taxes, as growth in value-added remained unchanged at 0.5%.

The situation worsened significantly in June, as output in the most of manufacturing segments declined in annual terms. Companies' assessments of growth in foreign demand also deteriorated.

The GDP slowdown is already being reflected in employment developments. According to monthly statistics, annual growth in total employment, which exceeded 3% over the last two years, had slowed to 2.6% by June, the central bank said.

The surveyed jobless rate stood at just 4.2% in the second quarter. However, indicators of the current dynamics in employment indicate a sharper slowdown.

ViennEast Compass: CESEE outlook, planning for new normal
Slovenia reports population increase in 3M20 driven by immigration
Albania has some of the least affordable internet in the world