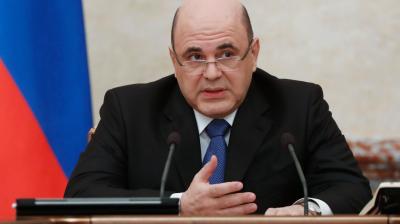 Russian Prime Minister Mikhail Mishustin is preparing an economic support pack to cushion the blow from the coronavirus pandemic
By bne IntelliNews March 17, 2020

Russia’s government is starting to ramp up its preparations to fight the coronavirus (COVID-19) pandemic and this week will put a comprehensive plan in place to deal with the economic impact of the associated slowdown.

Russian Prime Minister Mikhail Mishustin announced his cabinet’s plans for battling the effects of the virus on March 16. The full details of the plan will only be announced on March 18, but several Russian newspapers have got hold of some of the detail. Medusa reported the following list:

Allocate RUB300bn ($4.06bn as of March 16) to support Russian citizens and the Russian economy;

Set aside funds in the federal budget for unemployment payments;

Pay pensions and other benefits in advance;

Limit or ban events with more than 1,000 attendees throughout Russia, including international athletic events;

Create a prize fund for standout doctors fighting the virus;

Establish a ‘tax holiday’ for businesses, including tour agencies and airlines;

Give small and mid-sized businesses a one-quarter extension on paying their taxes;

Give state corporations an extension on paying out dividends;

Add the coronavirus to the list of acceptable force majeure circumstances on government contracts;

Cancel limits on transportation for chain markets in Russian cities;

Guarantee systemically vital companies credit for their current work and any recursive tasks.

Russia has already closed air and rail links with most of its neighbours and added Belarus to the list on March 16. By the end of the same day the authorities announced that from March 18 the borders will also be closed to all foreigners for at least two weeks.

However, Russia has yet to close schools and other public gathering places, although more measures are anticipated to be announced on March 18.

There are also reports of postponing the referendum on the constitution that would confirm new presidential powers to Russian President Vladimir Putin as well as lift the ban on him running in any more presidential elections that is provisionally slated to happen on April 22. So far, the Kremlin has insisted the vote will go ahead as planned.