FPRI BMB UKRAINE: Ukraine is successfully implementing the Association Agreement with the EU 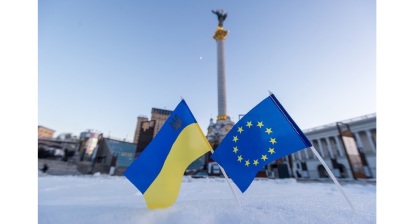 Ukraine has successfully implemented 40% of the Association Agreement with the EU
By BMB Ukraine July 30, 2020

According to a monitoring report from the Ukrainian Center for European Policy, Ukraine has fulfilled 41.6% of the requirements outlined in its Association Agreement with the EU.

“The process of European integration is taking place in all areas covered by the agreement, but speed and efficiency differs,” says the centre’s executive director, Lyubov Akulenko, in an article for European Pravda.

According to Akulenko, the “leading sectors” in terms of European integration include technical regulations and public procurement, as well as the digital market. And this has already had concrete results for Ukraine.

Meanwhile, customs and agriculture are both lagging behind, and transport and statistics haven’t made any progress, Akulenko says. However, she does feel that on the whole, Ukraine is successfully implementing the Association Agreement so far, and is doing so in “extremely difficult conditions” at that.

“On the one hand, we are trying to implement fundamental reforms, on the other hand, we have a conflict in the East that is taking away a lot of our resources,” Akulenko recalls. “And, at the same time, we still have to change our legislation in accordance with European requirements, having not yet fully reformed state institutions.”

Going forward, Akulenko recommends finding “a balance between a purely technical approach and an ambitious revision of the Agreement,” through high-level dialogue between Ukraine and EU member states. In addition to deepening integration in several sectors, this will “breathe new life into the Association Agreement” and “communicate new, more ambitious goals” to society, she concludes.