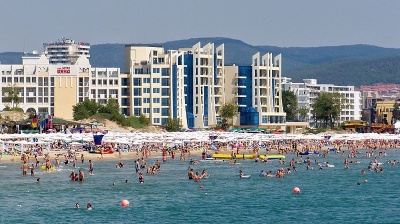 An outbreak of Legionnaires’ disease linked to a Bulgarian hotel  and a freak accident on an “extreme” waterslide have hit the headlines in the UK and raised doubts among British holidaymakers about the Southeast European destination.

The media storm erupted close to the end of a very poor tourist season for Bulgaria, a country that usually sees both locals and international tourists flocking to its seaside resorts during the peak summer months.

British media reported that John Cowan from Hamilton in Scotland died two months ago, shortly after he fell ill at the Hotel Kalofer in Bulgaria’s Sunny Beach.

75-year-old Brian Taylor from Huddersfield was also admitted to hospital a week after his return from a stay at the Hotel Kalofer, and died in hospital a month later.

Holiday company Jet2 has confirmed that two of its customers died shortly after returning home from holidays in Bulgaria. Reportedly two other British families and staff members at the hotel were also infected.

In another shocking incident that also surfaced in the British press on August 20, fellow tourist Jade Graves’s artery was severed when she shot down the extreme drop ride at the Aqua Paradise Water Park in Nessebar, just south of Sunny Beach.

Since the start of this year’s tourist season, Bulgarians have been posting photos of almost completely empty beaches and resorts on social media, while local TV stations have shown long tailbacks at the border with Greece as Bulgarians chose to holiday in the neighbouring country.

Foreign tourists have also stayed away; the number of foreign holidaymakers in Bulgaria decreased by 2.5% year on year in June to 769,662, after slipping 0.9% y/y in May, statistics office data showed on July 30.

Critics of Prime Minister Boyko Borissov’s government say the empty resorts are the consequence of the over-built seaside areas, low quality of service and that more and more people have been disappointed by their experience in Bulgaria.