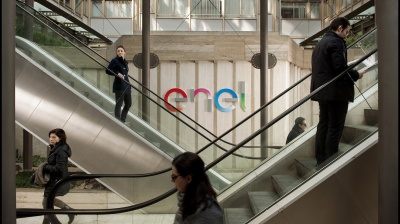 Italian utility group Enel announced plans to sell its subsidiaries in several countries including Romania next year, according to a report unveiled at the company’s annual Capital Markets Day conference on November 22.

The decision announced as a “friendly separation” occurs a couple of years after the Italian group announced €2bn investments in green energy projects in the country.

In March 2021, Enel Green Power, the green energy division of the Italian utility group Enel, signed an agreement with Monsson group to build 1,000 MW of wind and solar projects in Romania.

"Activities in Europe will focus on Italy and Spain, as we will exit Romania,” said Alberto De Paoli, the financial director of the company, on November 22.

Enel said it wanted to sell €21bn worth of assets to reduce its net debt and focus on its presence in six countries, according to the company's updated strategy.

As regards the logic behind deciding to exit Romania’s market, Francesco Starace, CEO of the Italian group explained that “we have reached a point where it is difficult to achieve additional growth in the future.”

He explained that Enel “has reached — more or less — a position in the customer and production segment that no longer offers many possibilities for growth."

The head of Enel made clear that the government's regulations are not the trigger for the exit.

"The reason we are leaving is not that we don't like the legal and regulatory framework in Romania, which is no better or worse than others. Enel has approximately 3,100 employees in Romania and offers services to approximately 3mn customers.

Enel Energie and Enel Energie Muntenia are among the main energy providers in the country, and their offer includes both electricity and natural gas, as well as home support services. Enel Green Power Romania is one of the largest producers of renewable energy in the country, with an installed capacity of 534 MW through its 12 wind and photovoltaic installations located in Dobrogea, Banat, Oltenia and Muntenia. Enel X Romania is part of Enel X, Enel's global business line dedicated to the development of innovative products and digital solutions.