Crippling pandemic will cause Q2 GDP collapse of 17.2% in Turkey says JPMorgan 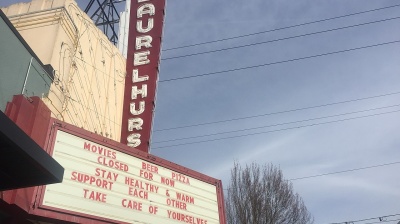 The pandemic looks set to plunge the world into a global recession according to JPMorgan's economic modelling. Turkey is well and truly in the firing line, it seems, though its finance minister disagrees. / Sarahmirk.
By bne IntelIiNews March 19, 2020

Turkey can expect the worst annualised growth collapse in the second quarter of any emerging market, at 17.2% q/q, given the crippling economic impact of the coronavirus (COVID-19) pandemic, JPMorgan warned on March 19.

“We now expect a 1H20 recession in emerging markets ex-China as [pandemic] containment is stepped up and as developed markets contract,” the US investment bank said.

Its analysts anticipated that the impact on Latin America (-12%) and Europe, Middle East and Africa (-13%) will mean the biggest single-quarter declines in these regions since the financial crisis years of 2008-09 in the coming months.

It added that in terms of contraction of economic growth central and eastern European economies would be far behind Turkey’s rate of decline.

Some of the biggest losses are expected in EMEA EM, said JP Morgan, observing that aggressive COVID-19 social distancing measures and euro area linkages were set to cause a permanent loss of 3%-pts in the level of economic output in 2020.

Despite dire warnings from analysts, with some strategists warning the world might face the biggest economic contraction since WWII, Turkish finance minister Berat Albayrak on March 19 said that he had "no concerns" about Turkey's ability to meet its economic growth, budget and inflation targets for 2020.

In a televised interview with state-owned Anadolu news agency, Albayrak said that uncertainty about the global supply chain caused by the pandemic amounted to an opportunity for Turkey.

The Erdogan administration has been credit-fuelling a rebound from Turkey’s recession-ailed 2019, targeting a 5% GDP expansion this year.

The Turkish lira (TRY) suffered another rough day on March 19, weakening to 6.54 versus the USD, the worst rate seen since Turkey’s summer 2018 currency crisis. The currency is down against the dollar by around 9% to date this year and lost 36% across 2018 and 2019.

Nevertheless, Albayrak again remained upbeat, stating in the Anadolu interview that a 9% fall in the lira this year would not seriously lift annual inflation, which Ankara expects to drop into the high single digits towards the end of this year from the 12% recorded in February.

On March 18, the Erdogan administration said it would postpone debt payments and cut tax burdens in various sectors as part of a Turkish lira (TRY) 100bn ($15.4bn) package drawn up to bolster the economy in the face of the coronavirus crisis. Albayrak added that he does not believe the economic support package would impact Turkey’s 2020 budget performance.

Jason Tuvey, senior emerging markets economist at Capital Economics, was on March 19 quoted by Reuters as saying the lira had held up relatively well amid the selloff in emerging market currencies.
He added that President Tayyip Erdogan’s call for Turks to stay home for at least three weeks would lead to severe disruptions of economic activity, saying: “This... comes at the same time that a downturn in the global economy will hit export-oriented sectors and travel restrictions will lead to a slump in the tourism industry. The overall result is that the Turkish economy looks set to contract sharply in Q2.”
#pandemic #GDP #Turkey #lira #DebtMarkets
Read in IntelliNews Pro
Get IntelliNews Pro