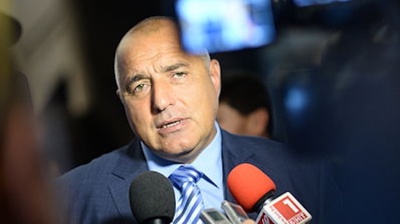 Bulgaria’s prosecution has launched a probe into claims by local businessman Stanislav Ilchovski that incumbent Prime Minister Boyko Borissov was involved in a gangster-style extortion of money from businessmen.

A few days earlier, Ilchovski testified to a parliament committee set up to investigate the work of Gerb’s outgoing government and Borissov’s previous cabinets. Speaking to members of the committee, Ilchovski said he was repeatedly pressured by people close to Borissov. Associates of the prime minister forced him to sell his products at lower prices and to back away from an agricultural land purchase, he claimed. He also said state agency representatives forced him to pay a racket if he wanted to get water for his plantations. He did not provide documents proving his accusations but said he has them and will provide them to the committee.

Chief prosecutor Ivan Geshev’s spokeswoman Siyka Mileva confirmed to Mediapool news outlet that the prosecution will probe the claims made by Ilchovski.

It will also look into Ilchovski’s allegation that local poultry producer Gradus used its influence with the prime minister to present a false hike in its turnover ahead of IPO. Prosecutors will also investigate the statements made by Gradus; owner Ivan Angelov. Angelov testified a day after Ilchovski.

Angelov accused Ilchovski of lying and said he will file a series of lawsuits against the businessman. In his May 7 statement, he confirmed his close connections to Borissov, saying they meet in every two-to-three weeks to play cards and said that the outgoing prime minister helped his company when it faced problems exporting eggs.

Ilchovski gave more details at a second hearing of the committee on May 7, saying that in 2017 Angelov invited him on a trip to Monte Carlo to compile documents indicating Gradus’ turnover was higher than it in reality was. The company held the biggest IPO in ten years on the Sofia Stock Exchange in 2018. After Ilchovski’s revelations, its share price started declining.

Ilchovski also said that he was asked by Angelov to help for fake higher turnover for his company on behalf of Borissov and claimed he has photos and other proof.

In his most shocking claim, Ilchovski said on May 5 he attended a gathering alongside Borissov and several businessmen at which he was shown a video of a sexual assault on the owner of Vinprom Karnobat, Minyo Staikov, who was detained in mid-2019 over alleged misuse of EU funds.

“It was projected at a hunting residence of [communist-era dictator] Todor Zhivkov, Vitoshko-Studena. Many people attended [the meeting],” Ilchovski said during the May 5 session live broadcasted by the committee’s chair, Maya Manolova, on Facebook.

On May 7, Ilchovski slightly changed his testimony, saying the video was projected by Borissov’s friend before the arrival of the prime minister.

Angelov claimed that 95% of Ilchovski’s statements were lies. Concerning Ilchovski’s claim associates of the prime minister forced him to sell his products at lower prices, Angelov said he has grain purchase contracts that would prove he bought grain from Ilchovski at a higher price compared to other producers. He said the claims by the businessman harm the prestige of Gradus and its investors, Dnevnik news outlet reported.

He denied using Borissov’s name in his business relations, but said that the prime minister helped him when he had issues with exports due to veterinary regulations or border delays.

Angelov also denied paying BGN5,000 (€2,500) to a female companion for sexual services to Borissov. Ilchovski has said this companion, provided to the prime minister as a gift from Angelov, took photos that went public last summer, showing Borissov sleeping in his bedroom next to a Glock 9mm handgun and a drawer full of €500 bills and gold bars. At the time, Borissov confirmed their authenticity, saying they were taken in the residence he is using as premier.

Angelov said he did not pay the female companion, claiming that Borissov can afford to pay himself for a “much prettier and more expensive” one.

The two hearings were attended by Gerb’s MPs who attempted to prevent Ilchovski from testifying. On May 5, the session was interrupted, but on May 7 the had of the committee said the session would last as long as needed for Ilchovski to be allowed to speak. Meanwhile, the businessman was assigned protection from the National Security Service by the parliament.

Hristo Ivanov, one of the leaders of the reformist Democratic Bulgaria, commented the behaviour of Gerb’s MPs, saying they should choose between their political survival as a party by distancing themselves from Borissov, or their role as his “mafia family”.

“Gerb is at a crossroad and has to choose between behaving as Borssov’s personal shield, or for these people to start thinking of continuing their political life, but this means without Borissov. Because the presence of Borissov there makes them completely toxic and dooms them to the role of a mafia family,” Ivanov told public broadcaster BNR on May 9.

He added that most likely other businessmen will also start talking and revealing corruption schemes after Ilchovski.

Manolova also commented on the behaviour of Gerb’s MPs during the two hearings, saying they “show their fear of the truth”.