Entirely occupied by the monastery and seat of the Mechitarist Church, a vibrant and cardinal congregation of the Armenian Catholic faith, the Island of San Lazzaro degli Armeni was transformed into a contemporary art path for this year’s Venice Art Biennale.

2015 marks the centennial of the “Medz Yeghern” (Great Crime), as Armenians call the mass killing of hundreds of thousands of Armenians by the Ottoman Turks in 1915. Armenia’s Ministry of Culture entrusted internationally renowned curator Adelina Cuberyan von Furstenberg and artists from the diaspora – grandchildren and great grandchildren of the genocide’s survivors – to interpret its pavilion at the 56th international Art Exhibition. The poignant display was awarded the Golden Lion for best national participation – the jury lauding the organization “for forming a pavilion based on a people in diaspora, each artist engaging their specific locality as well as their heritage.” 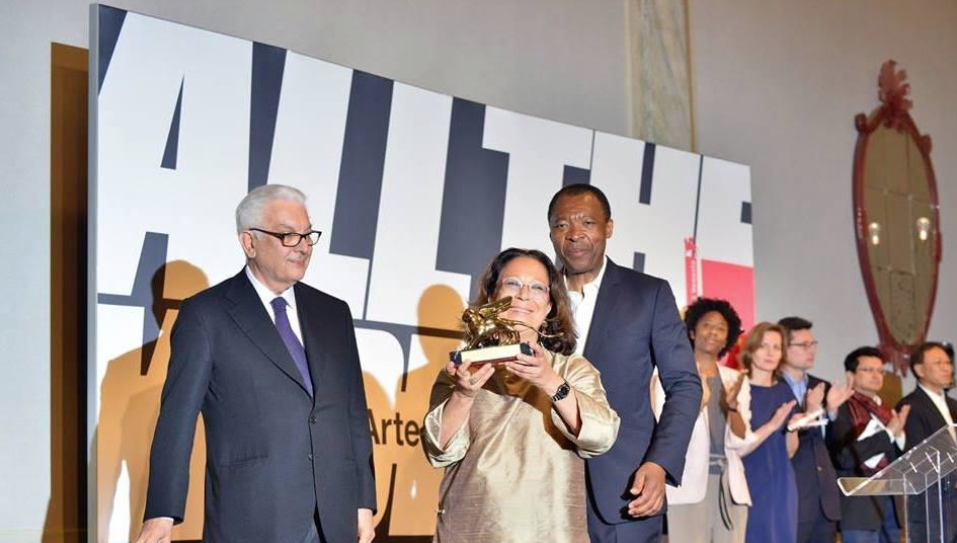 The French word “Arménité” inspired von Furstenberg to name the exhibition Armenity/Hayoutioun – “a new word to describe a new generation of artists and intellectuals in constant flux,” wrote the Switzerland-based curator in her introduction to the catalogue. “Whether they were born in Beirut, Lyon, Los Angeles or Cairo and wherever they may reside, these global citizens constantly question and reinvent their ‘armenity’.”

Steering the visitor off the busy routes of the Biennale onto the quiet thoroughfares of the cloister, Armenity/Hayoutioun accompanies the visitor through the silent alleys where Mekhitar Sabastatsi founded the congregation in 1717, out onto the balconies overlooking Venice’s splendid lagoon, and in the room where Lord Byron studied Armenian in 1816. The island is already a statement of the Armenian identity.

“The artworks are powerful, yet discreet, blending past and present, both spiritually and spatially,” explains Mikayel Ohanjanyan, one of the 16 artists called to translate into art their Armenian essence, who divides his time between Yerevan and Florence. “My work started from the archaeological site of Karajui, a fascinating yet mysterious place, almost certainly a necropolis. I placed 12 cubes of basalt around the balcony to create a magical circle. The number has a meaning, as 12 are Armenia’s historical capitals as well as the provinces of Western Armenia [now Eastern Anatolia, in Turkey] where the genocide unfolded.” 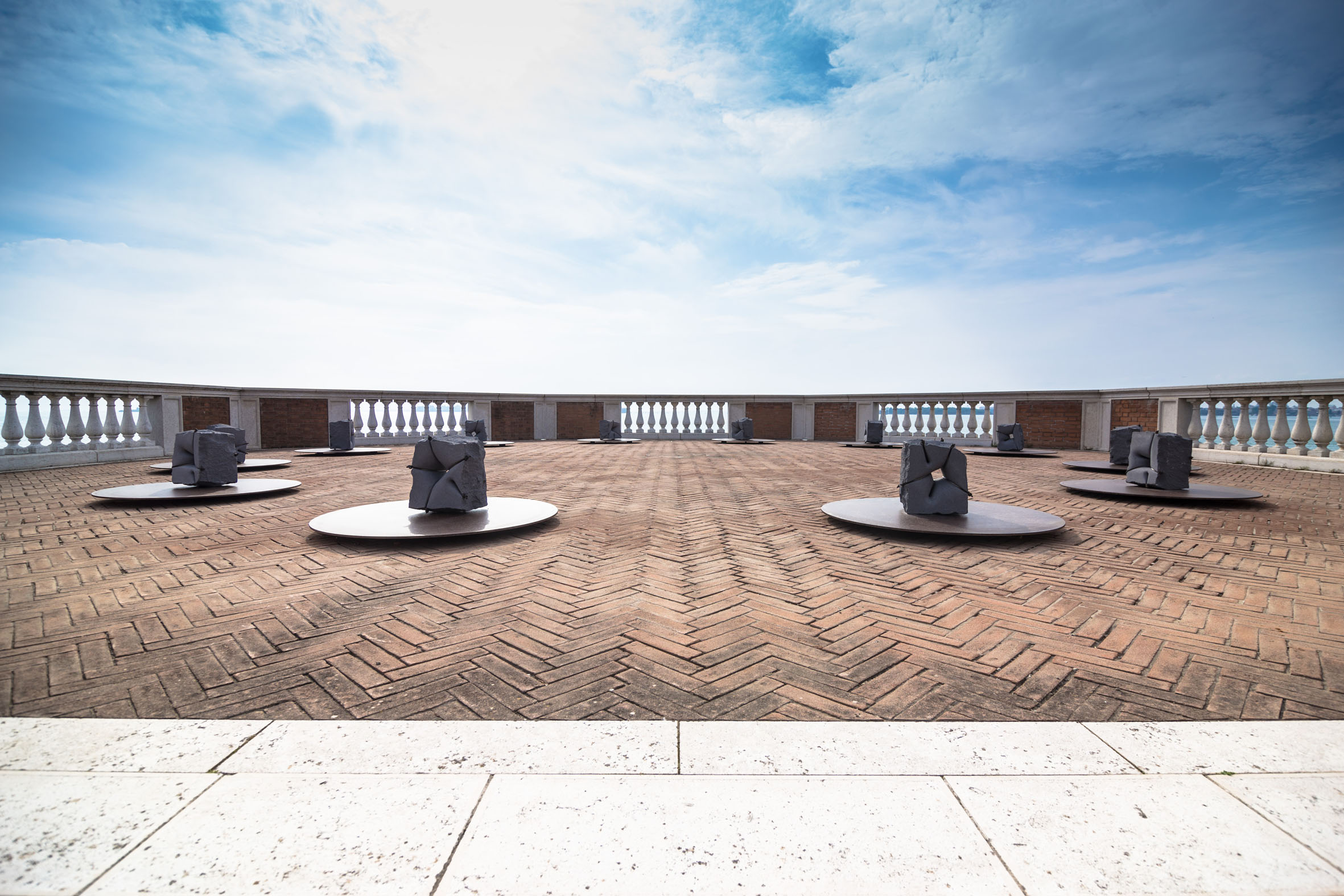 Remarkably, Sarkis Zabunyan, the Istanbul-born, Paris-based Armenian artist known simply as Sarkis, whose work is committed to the recovery of cultural past and collective memory, was asked to exhibit in both Armenia and Turkey’s pavilion. Turkey is especially sensitive to the issue, admitting the atrocities took place in the turmoil of war, but since there was no systematic attempt to destroy the Christian Armenian people it can’t be referred to as “genocide”. 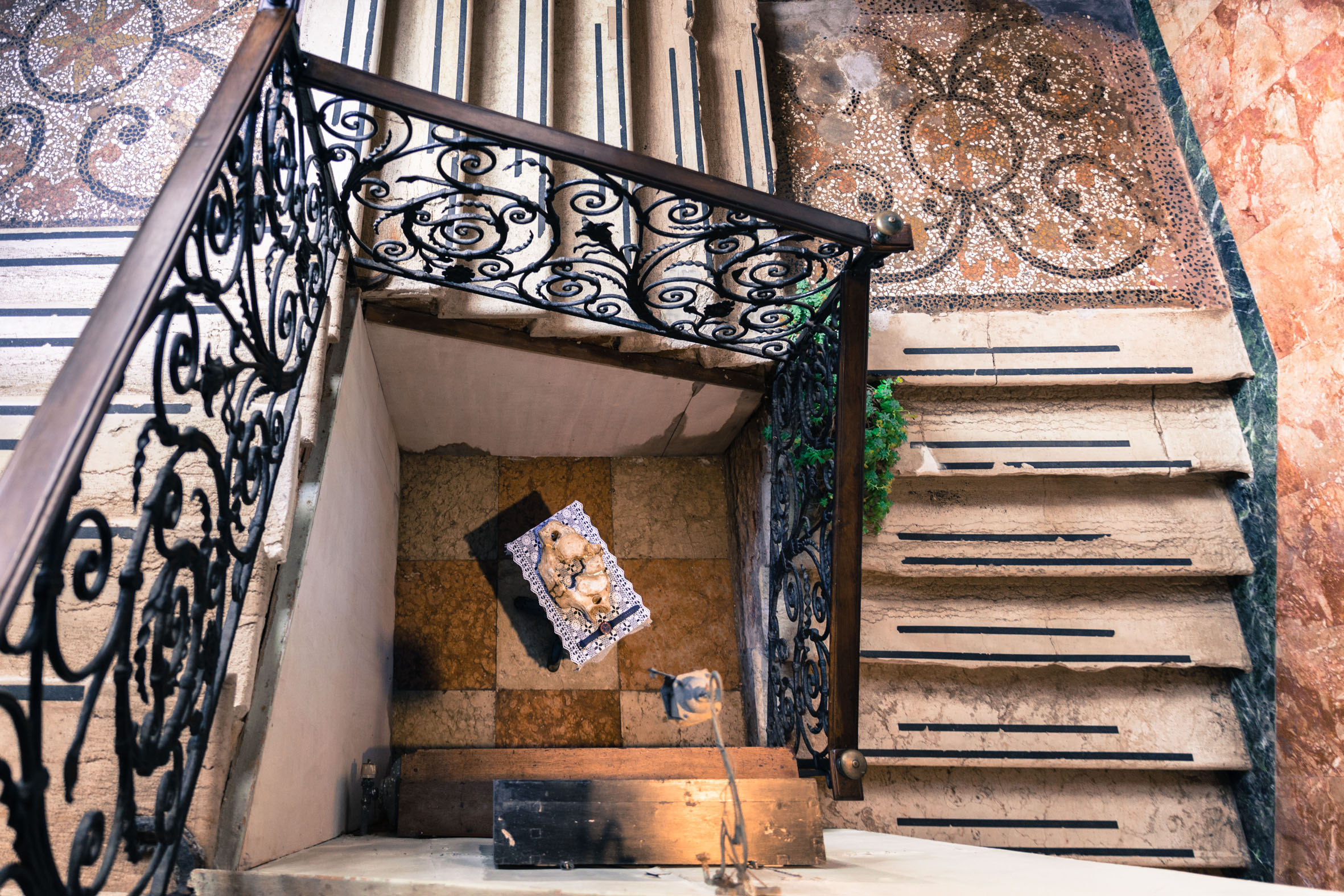 The Golden Lion’s significance, though, goes well beyond the award to artists who are already internationally recognised. “[It] can give visibility to contemporary Armenian [artists], but to give continuity and [bring into the] international limelight, it is necessary first of all a dialogue, and a fruitful, permanent cooperation between artists and professionals in Armenia and from the Armenian diaspora with meetings and exchanges in Armenia,” von Furstenberg explains to bne IntelliNews in an email. “[This is important] especially to come to a mutual understanding of the different interpretations of contemporary art, now a distant heir of the vanguards of the 20th century, being they Russian or Duschampian.”

Armenia has historically had a vibrant cultural scene, built on a rich cultural history and strong intellectual elite; the Museum of Modern Art of Yerevan (Mamy) was built in 1972 as the Soviet Union’s modern art museum. As art in the latter half of the 20th century was dominated by state-approved propaganda and socialist realism, Mamy opened and operated thanks to artist donations – the works of the 1960s generation, the likes of Minas Avetisian, Ashot Hovhannisian, Hakob Hakobian, Rudolf Khachatrian, make up the core of the still-functioning institution.

That push exemplified Armenian artists’ desire to test the boundaries, which is a feature of today’s Armenian art scene. Armenia’s contemporary art remains “strongly politically engaged, not only in terms of content, but also context, as public activity has become common for many artists and collectives,” explains Nazareth Karoyan, art critic and director of the Institute of Contemporary Art (ICA) in Yerevan, an education and research centre.

In that sense, the winds of change in the 1980s and the turbulence of the 1990s were inspirational – in 1999, Ruben Arevshatyan, sculptor-turned-curator, organised Great Athropy, an international contemporary art exhibition in Yerevan, Tbilisi, Moscow and Vilnius, simply by mobilising artists hungry for expressing the political and social shifts. “It cost zero,” he recalls. “The artists’ enthusiasm, initiative and mobilisation were overwhelming. Times have changed, something similar would be almost impossible to replicate today.”

Defining an Armenian trait in contemporary art is complex and limiting, although East and West, the fall of the USSR, and the search for an identity remain key themes. The 1980 and 1990 generations were more conceptual, while today there is a “preference for performance-based practices rather than conceptual production,” notes Karoyan.

Yet as in so many other post-Soviet countries, economic collapse and conflict crippled the development of the art scene in more recent times. “There is deficit of large exhibition spaces and lack of resources, and artists often feel stuck, creatively as well as physically,” says Arevshatyan. In 1999, the Gyumri Biennale was established with the aim of showcasing the country’s contemporary art scene, but the last significant edition was 2008. It needs more support, Arevshatyan implores.

Some Armenian artists like Hamlet Hovsepian, Grigor Khacharian, Hakob Hakobian and Vruyr Galstyan do figure on the international scene, but generally Armenian art tends to remain within the country or limited to the post-Soviet space.

Indeed, art production and the ensuing possible international profile boils down to finance – something which is hard to come by in Armenia. When it does, it is mainly from the resourceful diaspora that fills the institutional gap. In 1992, the Lebanon-based Baghossian Foundation was the primary force behind the Armenian Centre for Contemporary Experimental Art (ACCEA), still a unique institution across the South Caucasus. In 1999, the Hay-Art Cultural Centre rose as another dynamic contemporary art space in the capital, but today the modernist cylindrical buildings – known as the “barrels” – which used to house the centre lie empty and Hay-Art is more of a gallery than a space to experiment.

For Karoyan, state support for art is “a relic from Soviet times”, as it remains strongly centralized, with no specialized body and almost entirely market-driven. “Interest for art has reached its lowest level,” he sighs. “‘Armenity’ and the Golden Lion could help to put Armenia onto the world art map, but it is an achievement we need to build on. It is a start, not an arrival point.” 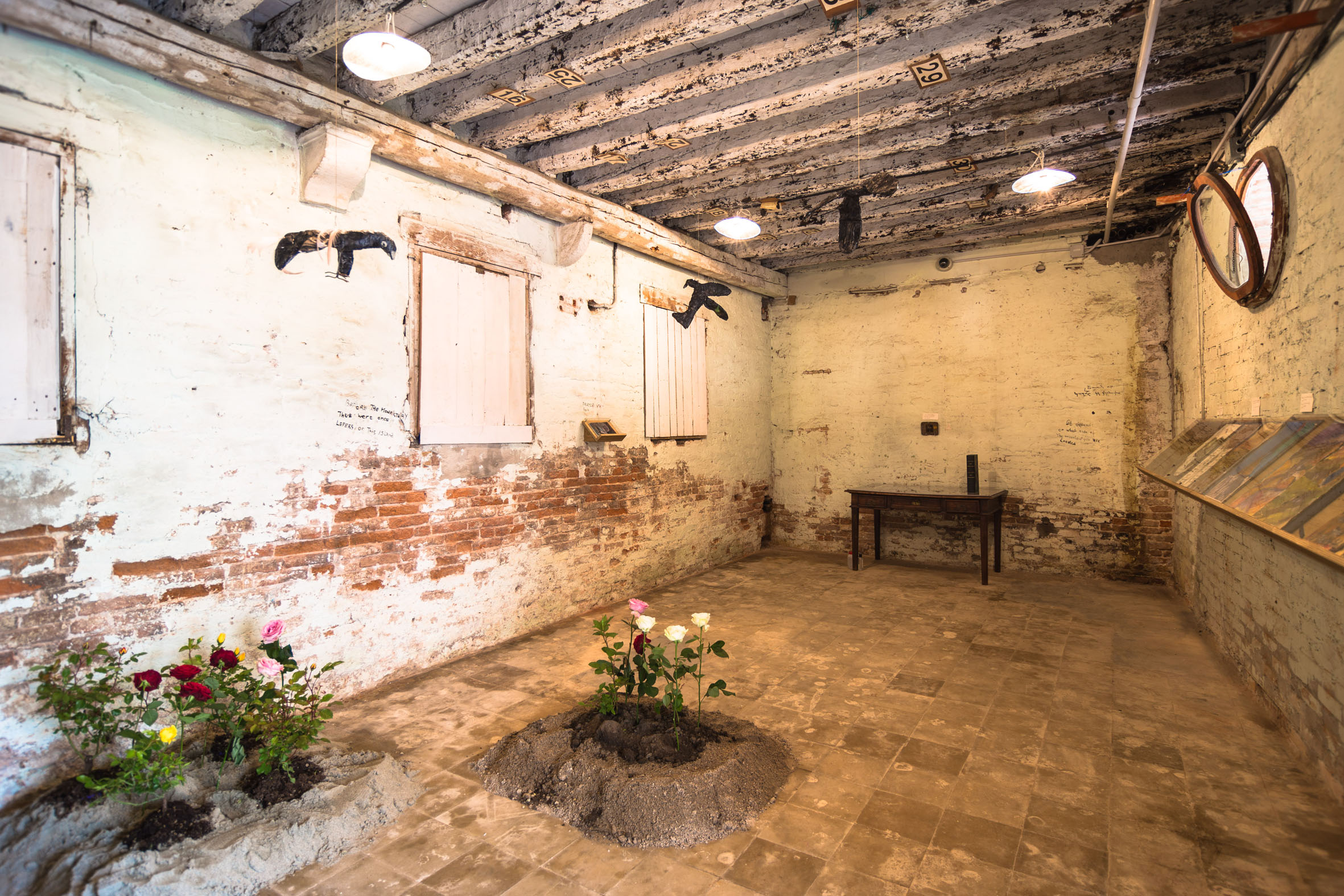