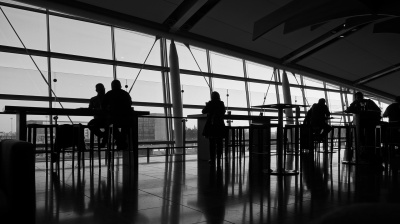 By Iulian Ernst in Bucharest September 14, 2021

The biggest investment fund in Romania, Fondul Proprietatea (FP), warned in a statement that the management of Bucharest Airports National Company (CNAB) might dilute its stake from 20% to 0.7% through the capitalisation of what it says is an overvalued plot of land used by its secondary airport Baneasa.

The management might shortly call a general shareholders meeting for the approval of a share capital increase based on an “excessive and disputed value” of RON3.8bn for the land inside the Baneasa airport, brought as a contribution in kind to the company's capital, FP said. The fund is a minority shareholder in the company alongside the Romanian state.

This is the third time the process to increase the share capital has been initiated since 2001 when Baneasa Airport, the smaller of Bucharest's two airports, received the land ownership certificates.

Based on this latest disputed valuation, Fondul Proprietatea might be required to make a contribution of RON953.7mn in a potential share capital increase, or, otherwise, its 20% participation would be diluted to 0.7% resulting in an equivalent of RON570mn value destruction for FP shareholders.

Johan Meyer, CEO of Franklin Templeton Bucharest and portfolio manager of Fondul Proprietatea, objected to the land valuation and warned that such actions are “destroying the value” of CNAB.

”It’s these types of actions that create severely negative perceptions among existing and potential investors and should be avoided at all costs,” he said.

This huge discrepancy in valuation, which is over 11 times more than the previous amount, was created by the use of “unrealistic and inaccurate commercial indicators” in the disputed valuation report, FP said.

In order to protect its shareholder rights, Fondul Proprietatea has challenged the 2021 land valuation report with the National Association of Authorized Valuators (ANEVAR) and in addition commissioned a verification report of the disputed valuation report, which was carried out by a reputable independent valuator.

The verification report identified numerous fundamental flaws in the land valuation report, having a significant impact on the outcome of the valuation, acceding to the statement.

Fondul Proprietatea and the Romanian state represented by the Ministry of Transport as shareholders approved the previous land valuation of RON336mn from 2017 on November 6, 2018. The fund contributed RON63.7mn to the share capital increase, transferring the cash to Bucharest Airports on January 18, 2019.

Almost a year later, the company's management proposed, and the majority shareholder decided on September 24, 2019 to stop the entire share capital increase procedure, with no challenges to the validity of that valuation report and returned the cash to the fund.

Fondul Proprietatea noted that the 2021 valuation came more than 20 years after the company received the land ownership certificates.

According to the law at that time, the share capital increase should have been done immediately after the certificates were received, and long before the Romanian State transferred 20% of the shares in Aeroporturi București to Fondul Proprietatea.