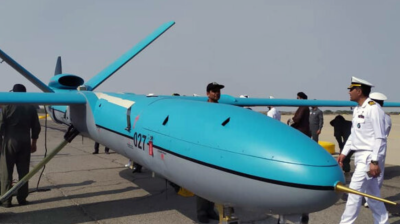 Iran is in a position to supply Russia with hundreds of drones, according to the US. / Mehr News Agency.
By bne IntelIiNews July 14, 2022

Sullivan's comments come as US officials monitor what they have claimed is an Iranian plan to supply Russia with several hundred drones, including some that are weapons-capable and surveillance drones, for use in the heat of battle in Ukraine. Washington is also keenly aware that Moscow and Tehran are accelerating and building trade and investment links that will help the Kremlin counter impacts of Western sanctions imposed in response to the war. Putin is expected to visit Tehran next week where he will hold one-on-one and trilateral meetings with Iranian President Ebrahim Raisi and Turkish President Recep Tayyip Erdogan. US President Joe Biden on July 13 arrived in Tel Aviv at the start of a planned four-day trip to the Middle East taking in Israel, the occupied West Bank and Saudi Arabia. Iran is clearly high on his agenda.

Sullivan referred to the timing of the Putin trip as "interesting".

"Russia deepening an alliance with Iran to kill Ukrainians is something that the whole world should look at and see as a profound threat," Sullivan said. 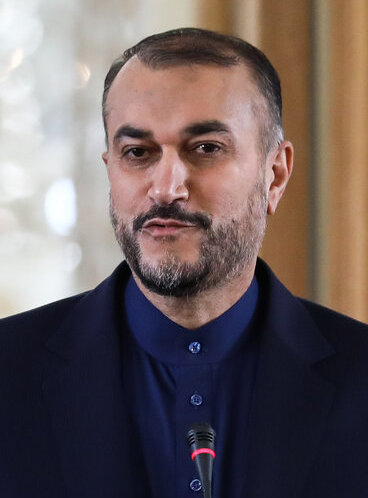 Since the US warned Iran was set to supply Russia with drones, media have attempted to get some answers from Tehran on the matter. Rome daily La Repubblica on July 13 caught up with Iran’s foreign minister Hossein Amir-Abdollahian as he paid a visit to the Italian capital. However, his comments to the newspaper, as relayed by The Associated Press, largely served to muddy the waters.

Amir-Abdollahian insisted Iran opposes Russia’s war against Ukraine, but was vague on whether Tehran’s military cooperation with Moscow would include sales of drones that could carry missiles.

The top Iranian diplomat was quoted as saying that “we are against Russia’s military attack in Ukraine’’, while also observing that “we have various types of collaboration with Russia, including in the defence sector”. He then asserted that “we won’t help either of the sides involved in this war because we believe that it [the war] needs to be stopped”.

In further remarks, Amir-Abdollahian hit out at Western countries, saying their arms manufacturers want to sell the world weapons. “We will avoid any action that could lead to an escalation, but we will work to stop the war,” he concluded.

With some experts assessing that Iran is potentially only weeks away from having enough fissile material for one nuclear bomb—though weaponising it into a modern nuclear weapon might take an additional few years, or several months by some estimates—the fate of the dormant 2015 nuclear deal, or JCPOA, will also be raised by Biden in his talks during his Middle East tour.

AlJazeera on July 13 reported Iran as saying it remained committed to reviving the agreement with world powers that would curb the Iranian nuclear programme in exchange for the lifting of economic sanctions on Tehran, but talks on finding an agreed formula to achieve that have been deadlocked for months.

Nasser Kanani, the new spokesman for the Iranian foreign ministry, told reporters during a news conference that a time and place to continue recently launched indirect talks with the US—brokered by the EU—would “soon” be announced.

Kanani’s remarks came a day after Catherine Colonna, France’s new foreign minister, told politicians that Iran was deploying delaying tactics while pushing ahead with uranium enrichment under its nuclear programme. “The window of opportunity will close in a few weeks,” she said. “There will not be a better accord to the one which is on the table.”

One big difficulty with Iran is that should it sign up to a reinstatement of the JCPOA, Biden can give Tehran no guarantee that his successor will not unilaterally pull the US out of the multilateral deal, just as former US president Donald Trump did in May 2018, breaking international diplomatic convention, while asserting that a sanctions-led policy on Iran was the best way to achieve Washington’s aims.

In his interview with La Repubblica, Amir-Abdollahian said: “We are asking for a strong economic guarantee [as part of a return to the JCPOA]. If a Western business signs a contract with its Iranian counterpart, it must have the certainty that its project will be realised and will be able to receive compensation [if it is not realised because the US once again brings back sanctions].’’