Russia becomes a safe haven in an increasingly turbulent world 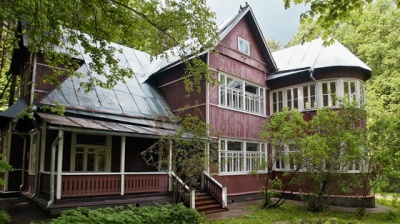 As geopolitical fears fade, investors are increasingly looking at Russian securities as a safe haven / bne IntelliNews
By Ben Aris in Berlin February 17, 2020

A year ago the main concern of international investors looking at Russia was uncertainty due to its geopolitical showdown with the West. A year on and global economic uncertainty is the main worry, not geopolitics. Russia is now seen by an increasing number of investors as a safe haven in an increasingly turbulent and unpredictable world.

“Russia has seen a sharp change from the dominating attitudes from just a year ago: global uncertainty, not geopolitics, now seems the key risk factor. Russia is now seen as a “safe haven,” helped by reserves and sound macroeconomic policies. Low valuations are overtaking high dividend payments in importance and the new Russian government with Putin’s spending initiatives have been taken positively,” BSC Global Markets chief economist Vladimir Tikhomirov said in a note.

The majority of investors are already overweight Russian equities: 59% of dedicated funds are overweight, 33% are even weight and the remainder underweight.

Russian President Vladimir Putin has spent the last few years constructing a “fiscal fortress” of record high gross international reserves (GIR) that have now surpassed the pre-crisis peak and are approaching $600bn. At the same time, the budget has been overhauled and the break-even price of oil for the budget to balance has tumbled from $115 in the boom years to around $40 now – well below the average oil prices of the last few years. Under Prime Minister Mikhail Mishustin, when he ran the tax office, the tax take grew by 20% despite the tax burden only rising by 2pp. And both external and public debt are now covered dollar for dollar with cash. In short, Russia has probably the best macro fundamentals of any major country in the world.

All this has not been lost on bond investors, who have piled into the market and now own about a third of all the Russian Ministry of Finance ruble-denominated OFZ treasury bills – the ministry’s main source of financing the budget.

But last year the increasingly good story spilled over into the equity markets. Russia’s dollar-denominated Russia Trading System (RTS) index returned just under 50%, making it on of the top three performing equity markets in the world. This year got off to a very strong start with the market up 10% in the first two weeks, but the coronavirus epidemic in China took the wind out of its sails and the market is currently flat YTD, with the notable exception of the utilities sector, which is up a whopping 16% YTD.

The sell-off over the last few weeks is thought to be temporary, say analysts. The infection rate of the coronavirus is slowing, reports Renaissance Capital, which has been tracking the epidemic, and investors will return to the fundamentals when the first phase of infections peters out in the coming months.

Attention will then return to geopolitics, but here Russia is starting to look not like the opportunistic tactician it has been painted as over the last few years, but increasingly as a significant geopolitical player to be reckoned with. A report entitled “Westlessness” released as part of the recent Munich Security Conference bemoaned the fact that the West has lost the initiative to the rapidly growing emerging markets, which are increasingly acting on their own. As part of these changes French President Emmanuel Macron and German Chancellor Angela Merkel are now actively seeking a reset with Russia, which is also co-operating with the new Ukrainian President Volodymyr Zelenskiy to try to wind down the military conflict in Donbass. In short, the prospects for Russia’s, at least partial, return to the fold of the international committee this year are as good as they have been since sanctions were imposed in 2014.

And finally, investors’ interest has been piqued by the proposed heavy state investment into the Russian economy as the 12 national projects get underway, which is expected to boost both growth and personal incomes.

“It was hardly surprising that global uncertainties were the prime concern of investors when we met them this month. The news on the recent coronavirus outbreak – as well as lingering frictions in the global trade – underpinned the rise in risk-off attitudes,” Tikhomirov said.

In this world Russia stands apart, as it has spent the last five years preparing for shocks in the form of sanctions. But as the sanction fears recede, that leaves Russia best prepared for economic shocks from the virus and trade wars that are left.

“Ironically, the geopolitical risks that triggered this process – and led Russia to bolster its domestic posture – are no longer seen by investors as the prime reason for concern. Indeed, clients appreciate Russia’s achievements on the macro front – low debt, high reserves, sound fiscal and monetary policies, stable currency and limited downside to growth dynamic,” Tikhomirov said.

No longer afraid of the stick, investors have turned their attention to the carrot that is the national projects. While the associated spending will boost growth and incomes, there is still a great deal of uncertainty over just how effective the measures will be. That is apparent in the wide spread of the forecasts for this year's growth that run from 1.5% from the OECD to 2.6% from Renaissance Capital.

Confidence that something will change has been bolstered by the change in government. While the Medvedev administration was seen as weak and ineffective, investors overwhelmingly see the new administration of Prime Minister Mikhail Mishustin as an improvement.

“Not a single investor saw the recent change of government as a negative. A majority (58%) saw this as a positive development, while others held a neutral view. Nevertheless, the first steps made by the new Cabinet give cause for optimism – especially the new attempts to modernise the public service and to put new life in the national projects’ agenda,” Tikhomirov said following a road trip where BCS GM met with over 30 professional investors.

This renewed interest in Russia’s stocks and bonds will not necessarily result in a boom, as the optimism investors currently feel remains cautious; the main concern is the economy’s low growth rates and the new Cabinet remains untested. However, if growth starts coming in at the upper end of the forecast band enthusiasm could build quickly.

“Political change and the outlook for national projects were, perhaps, the most discussed topic,” Tikhomirov said. “Our view that the change in the Cabinet was initiated by Kremlin in an attempt to inject new life into the national growth agenda was shared by investors, although a majority said it was too early to make any viable conclusions on how successful the government reshuffle will be.”

Kazakhstan’s food security hopes for the world undermined by food insecurities at home
7 hours ago
NEO: Why copper mining must clean up its act
9 hours ago
The birth of a Kazakh banking empire: ATF Bank
1 day ago
CEPR's action plan for Ukraine's wartime economy
1 day ago
Missiles or sabotage: What caused the explosion at the Russian airbase in Crimea?
4 days ago