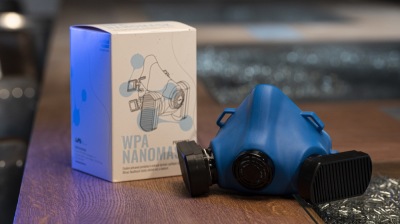 WPA is the Czech Republic’s leading aircraft component supplier that has turned its production to high-quality, lightweight, nanomask respirators / wiki
By Ben Aris in Berlin June 26, 2020

It's a sort of coronacrisis-inspired version of the swords to ploughshares story. WPA is the Czech Republic’s leading aircraft component supplier, but since the coronavirus (COVID-19) epidemic hit it has turned its high-tech production skills to producing high-quality, lightweight, nanomask respirators to protect the key health workers on the hospital front line from infection.

The firm is already churning out thousands of masks a month and has started to export them to the Czech Republic’s European neighbours and further afield.

A well-known producer of avionics that worked with the likes of Lufthansa and Air China, in the space of two months the company has retooled to also focus on mask production.

“We formally launched the development of our product back in February, right at the outset, before the World Health Organization (WHO) had declared a global emergency. We had a working prototype by early March, in fact, which we tested before setting up our production and assembly lines. All in all, we were able to get from development to production in the space of two months and fielded our first order in April,” says WPA CEO, Jiri Heckel. 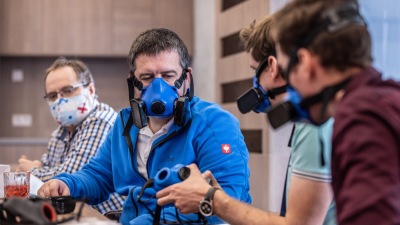 Since the company launched their masks in the Czech Republic earlier this year, it has already sold or donated thousands to hospitals and firefighters alike.

And the masks are likely to remain in high demand as the pandemic is entering a tricky phase. Lockdowns are coming off as governments are desperate to get their populations back to work in an effort to limit the economic damage, but the coronavirus (COVID-19) virus is still abroad and the danger is of a second wave. High-quality and affordable personal protection equipment (PPE) is one of the most effective ways to prevent a second wave of infections, but at the same time allow people more freedom of movement.

The WPA has already invested €7.5mn into design and production of the nanomask respirator that was created with user comfort in mind. It is fitted with filters, which offer over 99.995% protection against particle penetration, exceeding the FFP3 classification, the highest level of protection a disposable mask can offer, the company says. And they are fully re-usable, sterilisable and eco-friendly.

The company's background in aviation gave it the technology knowhow to produce the masks quickly.

“We have, over the years, worked with some of the world’s largest airlines, including [supporting] Airbus and Boeing with the supply of aircraft parts often in as little a time as 24 hours – when the industry average probably lies between two to three weeks for new or broken parts,” Heckel said. “We relied on the same ethos to start producing and delivering masks.”

The design of the masks surmounts several problems. One is that traditional face shields quickly fog up from breathing. Another is that masks that can provide the high level of filtering are also typically very heavy and uncomfortable to wear.

“We also felt, on a more general note, that there was a need for facemasks to be safer, more comfortable, economical and waste-conscious with filters that are re-usable and fully sterilisable – and we had the capacity and the opportunity to help meet that need,” Heckel said.

With a second wave of infections looming WPA is now ramping up production and expects to be producing 750,000 sets month by August. And all the business mechanics are already in place. Heckel says they can ship an order and have it in the UK in two days or the US within four days if needed.

WPA is responding to the current pandemic but Heckel says he expects the business to be sustained after the immediate coronacrisis is over.

“The pandemic has laid bare the need for organisations and governments to maintain a sufficient supply or stockpile of necessary equipment. Rebuilding and replenishing reserves, when the time is right, may help curtail the impact of future pandemics and prevent fatalities where possible,” says Heckel.

Governments for one are bound to lay in stockpiles of protective face masks after the supply so dramatically collapsed in the early days of the pandemic. WPA is one of many companies that have already successfully registered with the Administration of State Material Reserves of Czech Republic that is part of any effort to build up a European reserve of emergency medical equipment (RescEU). This comes following the European Commission’s decision to create a strategic “rescEU” stockpile of medical equipment to support EU countries in event of another pandemic.

Global inflation refuses to be tamed and with price increase in the US hitting 8.6% in May, its highest level in 40 years, the Fed is expected to start tightening monetary policy by hiking rates that will suck liquidity out of Emerging Markets.

Stagflation fears continue to rise
29 minutes ago
The economics of herding in Mongolia
1 day ago
EXPLAINER: how a price cap on Russian oil might work
1 day ago
Russia catches a nasty dose of the Dutch Disease
2 days ago
Sky-high inflation forces more Russians to take out “pay-day” loans
5 days ago