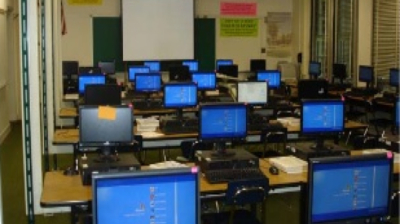 Two former heads of Microsoft Romania, a former representative of Fujitsu Siemens Computers GmbH and several former government officials are being investigated over the fraudulent sale of Microsoft licenses to the Romanian state between 2004 and 2008, the National Anticorruption Directorate (DNA) announced on November 21.

The probe concerns three deals that according to the DNA caused $67mn worth of damage to the state budget. This is the second stage, dubbed "Microsoft 2", of a broader DNA investigation into the sale of Microsoft licenses to the Romanian state. Several politicians and top businesspeople have already been convicted in the first part of the probe.

The differential between the $54.6mn price paid by the Romanian government to Fujitsu and the $26.8mn discount price charged by Microsoft to Fujitsu was $28.8mn.

In 2006, when the government increased the number of computers used in the administration, it purchased under more Microsoft licenses on the same terms as in 2004 under additional contracts signed in 2006 and 2008. Fujitsu Siemens again charged a differential of $18.8mn, namely the discount given by Microsoft to government customers.

In total, the government paid unnecessary fees to Fujitsu Siemens GmbH and purchased unnecessary licenses during 2004-2008 with a value of $67mn, DNA established.

In the same case, prosecutors also asked for parliament’s approval to start investigations against MP Eugen Bejinariu, a former minister who promoted and signed the contracts with Fujitsu Siemens in 2004. Former Education Minister Eugen Atanasiu is also being investigated in the case.

Romania’s high court ruled on October 3 that the penalties given by a previous court to former Communications Minister Gabriel Sandu, former Piatra Neamt mayor Gheorghe Stefan, property tycoon Dorin Cocos  and businessman Nicolae Dumitru in the so-called Microsoft 1 case should be increased. The court also ruled that more than €16mn and $2mn should be confiscated from the four.

The high court sentenced Sandu, who served as communications minister between December 2008 and September 2010, to three years in prison for bribe taking and money laundering. The court also ruled that more than €2mn should be confiscated from him.

Dorin Cocos, the husband of former minister Elena Udrea, a very close ally of former President Traian Basescu, was sentenced to two years and four months in prison for influence trafficking and money laundering. He had previously received a two-year sentence. The court also ruled that €9mn should be confiscated from him.

According to the prosecutors, Cocos had asked for and received from Florica and former tennis player Dinu Pescariu, who acted as a go-between, €9mn in order to help companies conclude contracts with the communications minister. Pescariu was allegedly helped by Udrea.

Prosecutors claimed that Cocos had asked for a total of €17.5mn for himself, Stefan and Sandu in exchange for convincing the government to buy the right to use Microsoft licences. Of the total sum, €15.7mn ended in the accounts of offshore companies owned by the three.

Stefan was sentenced to six years in prison for influence trafficking. The court also ruled that more than €3mn should be confiscated from him.

Dumitru was sentenced to two years and four months for influence peddling. He had previously received a suspended sentence. The court also ruled that $2.05mn and €1mn should be confiscated from him.

FLOWX.AI, an enterprise platform that enables banks and financial institutions with complex IT infrastructures to build fast modern digital experiences freed from their legacy infrastructure, ... more