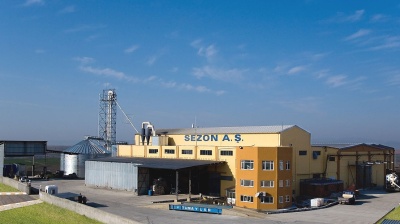 Turkish textile companies want to see the dollar/Turkish lira (USD/TRY) rate settle around 21-22, arguing that an even weaker lira could help them export away their problems.

The manufacturers are under severe pressure posed by high energy and climbing labour costs. At the same time, the exchange rate and elevated inflation—running at an official 86% in Turkey—make it impossible for the firms to offer a definite price to potential buyers, according to people from the textile industry. They warned that the sector would face difficult times until the final quarter of 2023.

“We think inflation and currency depreciation should somehow match. Our calculations suggest that the USD/TRY rate should be around TRY21-22 [compared to the present 18.60]. Otherwise we’ll remain cornered. You cannot reduce inflation, so now the only way out for exporters is a weaker currency,” said Seref Fayat, president of the Turkish Ready Wear and Confection Assembly at the Union of Chambers and Commodity Exchanges, Tobb, which represents small and medium sized companies.

“This is the last exit before the bridge,” added Fayat.

The textile companies were keeping a close eye out for a new hike in the minimum wage due for 2023. It should be announced towards the end of December.

“The companies do not want to start a new year with higher labour costs at a time when demand from Europe is waning,” Fayat added.

The textile firms were hindered in that they could not make forecasts due to the parliamentary and presidential elections scheduled for next June and because of as yet unseen labour cost burdens, noted Ramazan Kaya, president of the Turkish Clothing Manufacturers’ Association.

“We have demanded from Ankara [the government] a more balanced exchange rate and the reinstating of the short-time working pay scheme, which was introduced during the pandemic,” Kaya said.

Some capacity in the textile industry would probably remain idled in the period ahead as both domestic and foreign demand were declining, he added, observing that companies were losing customers to competitors in other countries.

Kaya said that some of Turkey’s yarn dyeing companies had started to lay off workers or close or suspend operations.

The lira lost 44% of its value against the dollar last year. To date this year, it has lost a further 29%.