Sanctions against executives: a blow to good corporate governance in Russia 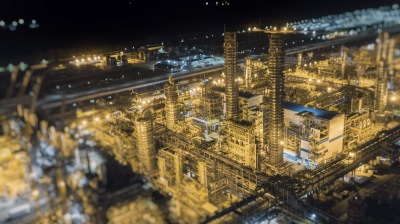 Sanctions on Russia's top businessmen, as opposed to politicians and oligarchs, could be doing more harm than good, argues Kommersant. / bne IntelliNews
By bne IntelliNews January 23, 2023

Sanctions against Russian companies and individuals have become a common tool for Western governments to exert pressure on the country's domestic and foreign policy. However, a new study published in Russia's main business daily Kommersant finds that sanctions targeted against executives – as opposed to oligarchs or politicians – may have unintended and long-term negative consequences on good corporate governance in Russia.

According to the study, which analysed the contacts between state officials and top executives from major Russian companies, the actual influence of business leaders on political decision-making is much lower than generally assumed. While executives may often meet with politicians, their impact on government decisions in Russia is as limited as that of their peers in the US and Europe in their respective countries. At the same time, the authors of the study note that in Western countries, the influence of Russian corporate leaders on national politics is often overestimated, leading to the belief that sanctions against executives can effectively change the course of events.

The study also notes that Russia lacks ‘star’ CEOs comparable to the likes of Jack Welch or Steve Jobs in the US. One of the reasons is that Russia’s largest businesses are owned either by the government or by a handful of billionaires, many of whom prefer to hold the reins rather than delegate decision-making power to CEOs. Within this rigid framework, it’s very difficult for company executives to take the initiative and transform businesses.

And sanctions have stymied the rapid progress Russia’s leading corporates were making towards setting up and improving their environmental, social and governance (ESG) programmes. Most top companies had adopted ESG policies prior to the war in Ukraine in an effect to improve their valuations and move closer to the international best practices of global business. Now many of the same companies are simply trying to protect their business from the fallout from sanctions.

That’s to be expected for a country that lived under Communist rule just some 30 years ago, a fact often overlooked by Western countries. The economic transition from a centrally planned economy to the free market didn’t change things much. As independent economist Alexander Zotin puts it in Kommersant, “only shareholders and founders are still perceived as decision makers in business. The state and regulators are accustomed to dialogue only with them, while CEOs are, at best, managers dressed in straitjackets, and at worst, scapegoats. The current system does not allow them to straighten their shoulders.”

In the wake of the conflict in Ukraine, almost every Russian CEO who was at least relatively successful on the domestic scale has fallen prey to EU sanctions. The list includes Dmitry Konov from petrochemical producer Sibur, Vladimir Rashevskiy from fertiliser maker Eurochem, Alexander Shulgin from the e-commerce marketplace Ozon and Tigran Khudaverdyan from the “Google of Russia,” Yandex.

The presence of these Western-style executives earlier had given hope that corporate governance in Russia would evolve, and that over time, companies headed by Western educated, charismatic CEOs – rather than by shady key shareholders or government apparatchiks – would start to become the norm rather than the exception. Instead, all of these promising technocrats had to step down after coming under sanctions in the spring of 2022. Additionally, Khudaverdyan and Oleg Tinkov, the founder of the eponymous online bank, gave up their Russian citizenship, as several leaders of prominent and progressive Russian private businesses have chosen to do.

This has already had a negative impact on corporate governance in Russia. For example, Yandex had to restructure its business into domestic and international units following the painful departure of its CEO Arkady Volozh. For Sibur, Konov’s departure was a big blow for the petrochemical producer. The sanctions against Konov had no impact on Russia’s foreign policy or on the federal budget financing, nor did they force the company’s main shareholders to put pressure on the Kremlin as the West had hoped, Kommersant reports. On the contrary, by removing an internationally oriented leader, they only managed to disrupt one of Russia’s most transparent and environmentally responsible companies, which quickly got back on its feet. Sibur was already orientated towards co-operating with China and India and those ties have now only deepened.

Experts and analysts interviewed by Kommersant warn that targeting executives with sanctions may have negative effects on corporate governance in Russia – a key area of Western interest in one of the world’s leading emerging markets. The sanctions against executives can create a risk aversion culture, where business leaders are afraid to take on new projects or expand their businesses because of the fear of being targeted by sanctions, according to investment banker Andrey Movchan.

The Kommersant study comes at a time of active debate in Russia about the impact of sanctions – whether they will stifle the economy or help reduce dependence on imports and develop domestic production. The government has recently introduced several legislative initiatives to mitigate the impact of sanctions on Russian companies and individuals. For example, the Duma, the country’s lower house of parliament, has adopted a bill allowing the government to compensate companies for sanctions-related losses.

At the same time, public debate about sanctions continues. Some analysts argue that sanctions are an effective tool to exert pressure on the Russian government and promote democratic reforms. Others point out that sanctions can lead to a further deterioration of relations between Russia and the West, and may even have a boomerang effect, leading to a backlash against Western businesses still operating in Russia.

The Kommersant study calls into question a key premise of Western sanctions logic – that targeting top executives alongside oligarchs and statesmen will lead to political change in Russia. While it may be tempting to believe that hitting managers with sanctions can force the Kremlin to change course, this method has so far failed. Additionally, the long-term effect of sanctions on companies and on the overall business environment in Russia may not be worth the risk. Political experts argue that we need a more nuanced and comprehensive approach to sanctions in order to address the complex challenges that Russia, Ukraine and the whole region face today.