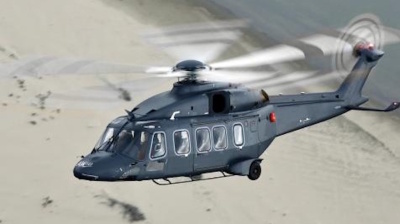 The new helicopters will carry out missions including troop transport and air support.
By bne IntelliNews July 4, 2022

The PLN8.25bn (€1.76bn) deal is part of Poland’s push to expand and upgrade its armed forces, which have now found themselves directly on Nato’s hottest flank after Russia’s attack on Ukraine in late February.

After lagging in defence spending since their accession to Nato almost two decades ago, Central European countries are now pushing ahead to meet the 2% of GDP target. Poland already meets it and plans to hit 3% of GDP next year.

The Leonardo helicopters will be built in Poland in the Italian company’s Polish factory PZL Swidnik. The aircraft will be delivered between 2023 and 2029.

“The new helicopters will carry out missions including troop transport and air support. The equipment of the helicopters will also allow them to be used for casualty evacuation, search and rescue in combat operations and for the transport of goods and supplies,” Leonardo said in a statement.

“The helicopters’ configuration, fully meeting the requirements of the Polish Armed Forces, will also include, among others, observation systems, small arms, guided/unguided rockets and missiles and self-defence systems,” Leonardo also said.

In May, Poland said that it intended to buy six Patriot missile batteries from the US as well as mooting several other arms and equipment purchases.