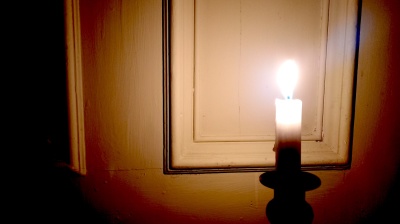 Electricity supplies were cut off across large parts of Moldova on November 15 after Russian missile strikes on Ukraine led to a power line that supplies neighbouring Moldova being disconnected.

Around 100 missiles were fired into Ukraine on November 15, causing widespread damage to electricity and gas infrastructure.

Moldova was already struggling to secure enough electricity after Russia sharply reduced its natural gas deliveries; the country usually gets around 70% of its electricity from gas-fired power plants in the separatist Transnistria region.

It also imported electricity from Ukraine until Russia destroyed energy infrastructure in the country earlier this autumn. That forced Moldova to start importing more expensive electricity from Romania, and the authorities have repeatedly warned of the risk of blackouts.

After the outage, power supplies were restored in most towns in Moldova later in the day, Deputy Prime Minister Andrei Spinu announced on Facebook, but warned further blackouts could happen.

“Russian aggression against Ukraine directly affects our country. The risks of power outages remain high. Any bombing by Russia against Ukrainian power plants can lead to a repeat of the situation today,” Spinu wrote on the evening of November 15. “I urge you to keep saving and stand in solidarity!”

Earlier in the day Spinu explained on social media that following Russia’s bombardment of the Ukrainian energy system, one of the power lines that supplies electricity to Moldova disconnected automatically as a safety measure.

Since the beginning of the month, Moldova has been producing around 30% of its electricity in its own generation facilities (not including the MoldGRES power plant in Transnistria, which refused to sell to the rest of Moldova) and importing the remaining 70% of its electricity from Romania.

However, the imports are carried out through the territory of Ukraine and involve Ukraine’s power grid, leaving Moldova vulnerable to Russian attacks. Furthermore, the northern part of Moldova’s power grid is technically linked for balancing purposes with the Ukrainian grid.

For these two reasons, the partial shutdown of Ukraine’s power system resulted in no imports from Romania and in supply problems in the northern part of Moldova.

At the same time, Moldova received power from Ukraine to balance its system during the two-hour period when the connection was interrupted on November 15. This was not enough to keep all of its customers online and not across its entire territory, but the support from Ukraine prevented even tougher problems.

Once the system in Ukraine resumed operations, the electricity supply in Moldova was fully restored as well. Reportedly, no damage with an impact on Moldova’s power system was reported in Ukraine.

The incident reveals the role played by Ukraine’s power grid not only in the northern parts of Moldova, where the grids operate together for balancing reasons, but also for the imports from Romania — which are now essential for Moldova. Notably, the imports of electricity from Romania are also carried out through Transnistria’s power grid.

“The Kremlin regime launched a record number of 100 missiles at Ukraine today. They hit the civil and energy infrastructure of the neighbouring country, endangering the lives and safety of tens of thousands of people. We strongly condemn this new attack — the biggest since the beginning of the Russian war against Ukraine,” she wrote on Facebok.

“Russian attacks on Ukraine also caused the automatic disengagement of a line that provides electricity transportation for our country, and dozens of localities were left without light. I thank all the residents of the affected regions for their calmness and understanding.”

As well as the damage to the electricity system, the Russian attacks on Ukraine on November 15 also damaged an element of the Druzhba (Friendship) oil pipeline, disrupting oil flows to Hungary, Slovakia, and the Czech Republic.

The previous day, two Russian missiles reportedly went off their course over Ukraine and hit a village in Nato member Poland, killing two people, according to news reports that cited a US intelligence official.

As reported by bne IntelliNews, the report shook Poland, and led to intense speculation about how Nato should respond. Officials in Poland and the US urged caution in an already tense situation.

Economically, Moldova is already among the worst affected countries in Emerging Europe by the war in Ukraine.

Moldova's Prime Minister Natalia Gavrilita estimated the cost of the energy crisis this winter at €1.1bn and is applying for financial support of €450mn from the country's European partners.

Inflation in Moldova stood at 34% y/y as of September, and the central bank has set the refinancing rate at 21.5%.

As the cost of living soars, Moldova has already seen weekly protests for the last two months that Sandu and Gavrilita say are backed by Russia.

The protests are organised by fugitive MP and businessman Ilan Shor. Identified as the visible beneficiary of Moldova’s ‘$1bn bank frauds’, Shor was recently sanctioned by the US. The government has sought to have his Shor Party banned.