Billionaires are good for happiness 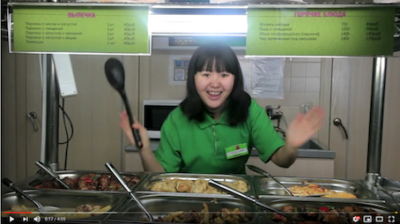 Happiness in poor countries is higher the more billionaires they have. / wiki
By Ben Aris in Berlin May 29, 2019

Happiness in poor countries is higher the more billionaires they have. That is the counterintuitive conclusion from a study into the relationship between income and wealth inequality and its effect on happiness, as measured by the World Bank.

“The relationship between inequality and happiness is counterintuitive. This applies to both inequality in income and wealth distribution overall and also inequality at the very top of the wealth pyramid,” says Vladimir Popov, the director of research at the Dialogue of Civilizations research institute in Berlin. “Billionaire intensity appears to be higher in countries with low, not high, levels of income inequality. Second, happiness indices are higher in countries with high percentages of billionaire and millionaire wealth as a proportion of GDP, but with low levels of income inequality.”

Put simply, in emerging markets (countries with GDP per capita below $25,000), the more billionaires the better, but this conclusion doesn't change the main problems with high levels of income inequality, which is not the same as high levels of wealth concentration.

“It is true that inequality is accompanied by many negative social consequences. Inequality undermines social mobility and leads to the preservation of social stratification: the higher the level of inequality, the greater the likelihood that a person’s income will be very close to the income of his parents — a phenomenon known as the “Great Gatsby curve,” Popov said in his paper “Billionaires, millionaires, inequality, and happiness”. "But a certain inequality not only causes tolerance in society, but is simply necessary for a sense of happiness.”

In countries like Bulgaria, Cameroon, Colombia, Egypt, Iran, Russia and Ukraine, Popov argues that the attitude to the superrich is different from in the more developed markets. Western democracies are built on the principle that everyone is equal, and emphasise personal freedoms. In these societies the superrich with their privileges and special treatment rankle.

In emerging markets the superrich are admired as they have “made it” despite all the problems that surround everyone in what are for the most part still largely dysfunctional countries. Popov points to the rapidly growing number of self-made billionaires especially in East Asia, but also in Latin America and Africa.

“Perhaps people look at such successful people and feel better because they understand that, in principle, everyone can become rich,” says Popov. “A certain degree of inequality in the distribution of wealth and income has a positive effect on the feeling of happiness, especially in low-income countries.”

In the US the income inequalities have exploded since the 1970s and while the US has the most billionaires worldwide, the measures of happiness have fallen in tandem.

The Scandinavian countries have a very high proportion of billionaires per capita, and they also have some of the highest levels of happiness in Europe, according to the UN ranking of happiness, as there is a fairly even distribution of incomes amongst the population.

The emerging market model with a relatively low level of per capita GDP but high levels of both income and wealth inequality usually ranks poorly in the UN rating of happiness. The problem is more pronounced in Latin America, says Popov, but true for most emerging markets.

“There are some poorer countries with high income inequalities – Bolivia, Honduras, Colombia, Ecuador, Costa Rica and some other Latin American countries – and yet also with very high happiness index scores. It may well be that a certain degree of inequality is necessary to keep alive a kind of ‘American dream’: a future-oriented belief in getting rich and achieving success in life,” concludes Popov.

Moscow in the middle

Moscow famously has more billionaires than any other European city, and the fabulous wealth of its oligarch class is already the stuff of legend. Yet Russia lies more or less in the middle of the scale between inequality and happiness.

Russia’s per capita GDP is $30,000 (in ppp terms) which puts it into the bottom end of the developed market spectrum where increasing the number of billionaires decreases happiness rather than boosting it.

At the same time, in 2018 in Russia, for the first time since 2012, there was an increase in the Gini coefficient, a measure of wealth distribution that takes property ownership into account, not just salaries and savings.

In terms of the concentration of wealth in the hands of the oligarchs, Russia is one of the highest in the world: according to Credit Suisse in the middle of 2018, the share of 10% of the wealthiest people accounted for 82% of the total personal wealth of the country.

Russian men fleeing the draft are caught between suspected of being pro-Putin and Western closed-door policies
21 hours ago
Sanctioned Russian diamonds are reaching the US consumer, but some are getting there legally – for now
2 days ago
EBRD: Reduced gas supplies and inflation to slow growth further in EBRD regions
2 days ago
ING: Eurozone PMI suggests the region may already be in recession
4 days ago
ING: Energy price caps are appealing, but are not without risks
9 days ago