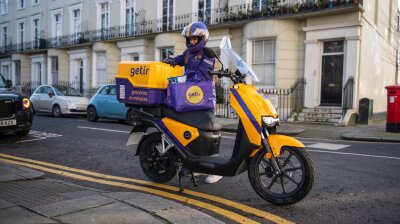 From London, Getir plans to move on to Sao Paolo, Paris and Mexico City.
By Akin Nazli in Belgrade January 28, 2021

Earlier this month, Getir raised $128mn in a funding round that valued the company at $850mn from venture capitalist Michael Moritz, Base Partners, Tiger Global, Goodwater, Fiba, Esas and Revo Capital.

In January 2020, Getir attracted $38mn in funding from a group of Turkish and foreign investors led by Moritz.

Istanbul-based Getir has raised a total of $170mn so far in four financing rounds.

It currently operates in 18 Turkish cities including Istanbul, Ankara, Bursa, Izmir and Izmit.

The revenue of the company grew fivefold in 2020.

The funds raised will enable the paperless expense management provider to further expand its product portfolio and hire more people.