Russia's Vnesheconombank revamped into VEB.RF, to get up to $22bn support 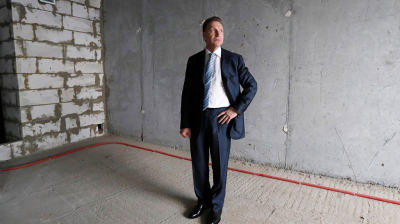 Russian state development bank Vnesheconombank (VEB) will be granted RUB600bn ($9.1bn) of budget subsidies through 2024 to fully cover external debt, while getting another RUB300bn for recapitalisation and possibly another RUB350bn for issuing discounted development loans, the Prime Minister Dmitri Medvedev announced at the meeting of the bank's supervisory board.

"In order to increase VEB's efficiency, we need to strengthen its financial model. Namely, solving the foreign debt in the long-term," Medvedev said. Reuters estimated that VEB has to cover $6.2bn worth of Eurobonds by 2025.

VEB was on the brink of default in 2015-2016, overburdened by loans issued for Sochi Olympics construction and hit by sanctions, has been slated by Kremlin to become one of the main hubs of infrastructure spending after an appointment of Igor Shuvalov, ex-Deputy Prime Minister and trusted Kremlin bureaucrat. A large part of president Vladimir Putin plan to revive Russia’s flagging economy is to invest heavily into infrastructure and VEB has been tasked as the government organ to oversee the task and enforce some discipline and accountability in the process.

Under Shuvalov, the bank started shedding non-core assets, was actively lobbying for massive recapitalisation, and was allowed to become a major player on the pension fund market. The makeover of VEB into the main vehicle of state-investment drive was sealed by rebranding it into National Development Institute VEB.RF, also announced by Medvedev on October 30.

"This is not only the change of the name, this is, first and foremost, in my mind, the reflection of the role that is being reserved for VEB," Medvedev commented, noting that VEB will not only finance, but also accompany the investment projects.

"We are counting on receiving RUB300bn of capital for five years. This means we will be able to grant RUB3 trillion of loans. But we hope that under the new model we will not [be the only creditors] of the projects," Shuvalov commented.

This month Shuvalov argued that VEB could raise 3- to 4-fold more loans given cooperation with Russia's largest banks, such as Sberbank, VTB, Gazprombank, and others.

At the same time VEB asked for a subsidy that will allow the bank to issue loans cheaper than commercial competitors, which is estimated at RUB350bn for the RUB3 trillion portfolio. Otherwise, the development institution would require cheaper sources of liquidity, for example placements of funds from the National Welfare Fund, Russia reserve fund, he added.

The federal budget has already slated RUB125bn of support of the VEB in 2018, out of which RUB100bn has already been disbursed.

VEB, already sanctioned, is one of the state banks potentially targeted by tougher sanctions pending in the US Congress this autumn. However, Shuvalov, who has just secured a solid channel of state recapitalisation and liquidity, dismissed the sanctions risks commenting that "sanctions make it hard to borrow, but when we will need to pay out, we will find a way."

Ukraine will receive $5.5bn in support from the US later this month
11 hours ago
John Malkovich to turn Skopje into Hollywood of the Balkans
11 hours ago
Envoy says start made on construction of Turkish attack drone factory in Ukraine
20 hours ago
Huge explosion rocks Russian airbase on the Crimean peninsula
1 day ago
Russia cuts oil flow via Ukraine's Druzhba pipeline, blaming sanctions for blocking transit payments
1 day ago