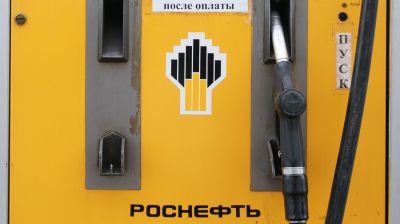 Russia’s state-controlled Rosneft oil company and partners took over India’s second largest private oil firm Essar Oil on October 15 for almost $13bn, news reports said during the Brics weekend summit in Goa at which the two countries moved to strengthen ties with a package of deals in energy and defence.

The deal is valued at $12.9bn and includes Essar Oil’s debt of $4.5bn and $2bn debt with the port company and power plant. Another almost $3bn debt to Iran for previous oil purchases remains on Essar’s books.

Essar Oil, which is part of a steel-to-ports conglomerate controlled by the Ruia brothers, operates a 405,000 barrels-per-day refinery at Vadinar in India’s Gujarat, with its own power plant as well as a port and terminal facilities.

The deal also comes amid moves to boost business between Russian and Indian companies, helping to offset strains in the countries’ long-standing political relationship caused in part by Moscow’s recent small-scale joint military exercises with Pakistan. “Ours is a truly unique and privileged relationship,” Reuters quoted Indian Prime Minister Narendra Modi as saying after talks with Russian President Vladimir Putin in the western coastal state.

Modi said that his views coincided with Putin’s on the situation in Afghanistan and the Middle East, where Moscow is locked in an escalating political conflict with the West over its actions in the five-year-old civil war in Syria.

“We are conducting a comprehensive dialog on a wide scale of international issues, in which Indian and Russian approaches are close to each other or coincide,” Putin said.

“Under the agreement, Rosneft would actually pay only around $3.7bn for its 49% stake, which is arrived at by subtracting Essar's net debt,” Sberbank CIB commented on October 17.

The bank analysts added that the majority of the $5.3bn received by Rosneft from the sale of stakes in major oil fields Vankor and Taas-Yuriakh to Indian companies would find its way back to India.

Sberbank CIB estimates that the refinery is worth $7.2bn, while the Vadinar port and 2,700 gas stations are worth about $2bn, bringing the value of Rosneft's stake to $1.9bn.

At least 12 reactors may be built in India in the next 20 years based on Russian technologies, and “Russia will continue to further provide assistance to its Indian counterparts in developing atomic energy,” Putin said.

Under broad bilateral cooperation in the defence sphere, the sides were also expected to sign a number of major agreements during the Brics event. According to the Hindu Times and other local sources, Russian and Indian defence deals signed included the supply to India of S-400 air defence missiles, four Krivak class stealth frigates, and four Kamov 226T helicopters. The aircraft will be jointly manufactured by Hindustan Aeronautics Ltd and Russia’s Rostec technology agency.

“Sources  confirmed that the deal [tally overall] would be worth billions of dollars but did not provide an overall estimate - the missile systems alone may cost $4.5bn,” the Indian Express reported.