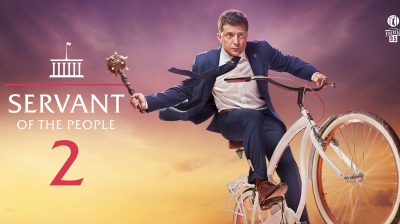 Ukrainian President Volodymyr Zelenskiy’s approval rating has tumbled from over 70% last year to just 29% now, but he remains by far the most popular politician in the country.
By Ben Aris in Berlin September 18, 2020

The popularity ratings of Ukrainian President Volodymyr Zelenskiy have fallen by a quarter in just three months to 29%, down from 70% a year ago, according to a fresh poll by the Ratings pollster, Hromadske reported on September 16.

The initial flush of optimism following Zelenskiy's landslide victory in the presidential election last April, which he won with 73% of the vote, has well and truly worn off as his administration gets bogged down in one scandal after another.

Zelenskiy’s Servant of the People (SOTP) also won an absolute majority in the parliamentary elections in July and initiated a hectic legislative programme with over 500 new laws that were to be introduced over a six-month period. But little has come of the initial push and more recently Zelenskiy has concentrated more on taking control of the various security bodies than pushing through reforms.

Ukraine’s Western donors are becoming increasing worried about the backtracking on the reform agenda, and the preservation of “Ukraine’s the Old Rotten System is alive and well”, as Robert Homans said in a comment for bne IntelliNews this week.

In the latest worrying sign, SOTP joined forces with the pro-Russian Opposition Platform, For Life Party that is headed by Viktor Medvedchuk, a personal friend of Russian President Vladimir Putin, to vote through new rules that undermine the independence of Specialised Anti-Corruption Prosecutor’s Office (SAPO). Together the two parties voted overwhelmingly to pass the new rules with a combined 202 votes, plus sufficient support from the smaller parties to see the measure through with 231 votes in the 450-member body. 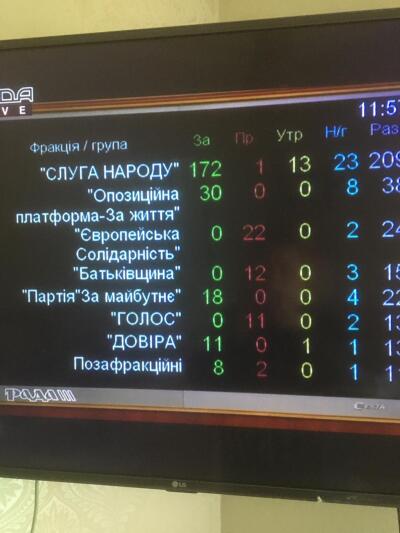 This is a big deal because SAPO is part of a triumvirate that also includes the National Anti-Corruption Bureau of Ukraine (NABU) and the anti-corruption court (ACC) that are all independent of the government and designed to fight corruption, set up at the International Monetary Fund's (IMF's) insistence. As corruption is the system, the Ukrainian political elite have been dead set against these bodies and constantly do everything they can to undermine them.

The IMF has already warned Kyiv not to interfere with any of the three bodies or risk having its Stand-by Arrangement (SBA) worth $3bn this year suspended. And on September 17 the US and EU added their voices to the growing concerns.

The EU and the US issued a joint statement that further support for Ukraine will depend on the transparency of the election of the head of the SAPO.

"EU, US take note of Ukrainian parliament's decision to appoint members to the commission to choose the Specialised Anti-Corruption Prosecutor. The commission needs to embark on a transparent process with candidates' integrity and merits at its core. Our further support will depend upon it," a statement posted by the US embassy in Ukraine and the EU delegation to Ukraine on Twitter said.

Despite the tumble in Zelenskiy's approval rating, he remains by far the most popular politician and would still win a presidential election if it were held tomorrow.

Head of the Strength and Honour party Ihor Smeshko – 6.3%;

The rating of other candidates does not exceed 3%; 14% of respondents were undecided.

Regarding the assessment of Zelenskiy's activity, 35% of respondents are satisfied with the president's work, while 57% are dissatisfied. The gap between these indicators continues to widen, although in the spring in Ukraine there were more people who were satisfied with Zelenskiy than vice versa.

The reversal came in June 2020, when for the first time more Ukrainians had a negative assessment of the president than a positive one.

“If we compare the level of approval with the post-election one, we can conclude that Ukrainians are significantly disappointed in Zelenskiy. Thus in September, 73% praised the president. But in November, this figure was lower by 21%, since then this trend continues,” Hromadske commented. “At the same time, as can be seen, due to the general scepticism of Ukrainians about domestic politics, Zelenskiy, despite a serious collapse in the rating, remains the most popular politician by a wide margin.” 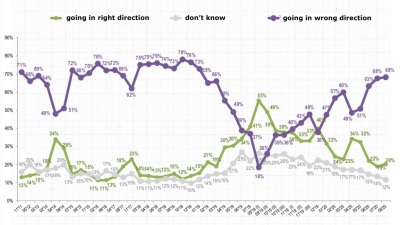 FPRI BMB Ukraine: KIIS’ survey of Ukraine’s perceptions of parties and politicians
COMMENT: What did Hunter Biden do in Ukraine and why was he hired?
Fire nearly destroys legendary Fischer ski factory in Ukraine